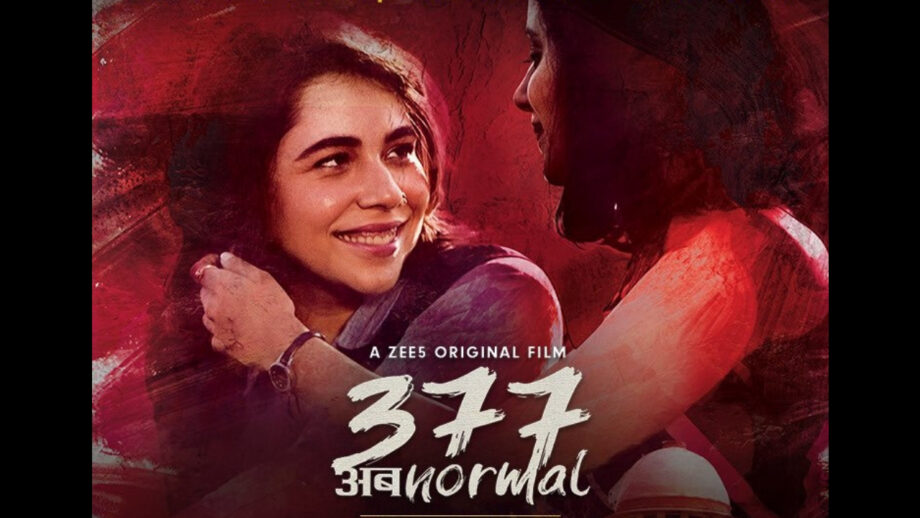 ZEE5’s latest offering, the Faruk Kabir directorial 377 AbNormal, brings to light the journey of the petitioners who helped in legalising homosexual relationships. And it does a credible job. It exhibits the painful journeys that many members of the LGBTQ community undergo, taking the audience through stories of hardship and harassment – to finally getting justice at the Supreme Court on 6 September 2018.

The first petitioner Arif Zafar runs the ‘Bharosa Trust’ in Lucknow. The police entered his office and arrested him in broad daylight. He was accused of running a prostitution racket instead of an NGO for the prevention of HIV AIDS. Even in jail, Arif was harassed by other inmates. After getting released, he decided to take the fight of the LGBTQ community to Supreme Court.

Shalmili’s romance with her college friend Neha has been beautifully shown in the film. They are seen romancing in the parking lot and even while watching a play of Ismat Chughtai in the college auditorium. Both decided to give their love a chance. While in another story, Pallav and his partner face problems as the latter doesn’t want to take a step further, worrying about his parents.

While Pallav’s infuriated father insists on him visiting a counsellor to rid him of this ‘disease’, Shalmili’s mother – played by Tanvi Azmi, tackles her daughter’s confession admirably. Instead of calling it a disease, she expresses her concern that it took her daughter four years to come out to her. She ultimately takes up the baton for her daughter and goes to the courts to file a petition to decriminalise homosexuality.

This is a total must watch, especially the people who are insensitive toward the LGBTQ community, it will make you realise all the hardships that they had to face.