Rate Mithila’s performance, Chukyagiri vs Girl in the City Mithila Palkar, the most popular digital actress, is also an internet sensation and is quite famous amongst the youth of the nation. She has gotten killer acting abilities and aptly knows how to portray each of the roles with perfection.

Mithila Palkar, has begun from a very humble start, with her song being viral on the YouTube, she stepped toward onscreen drama and she eventually got popular with her talent and looks. Her two best web series are yet on the top of our watch list, Official Chukyagiri and Girl in the City.

Official Chukyagiri, An Arre original, that revolves around an intern and his life, Mithila Palkar’s role as Mili was absolutely appropriate, and she slew it with proficiency.

Girl in the City, it was a story of a young girl, who comes to Bombay with big dreams, but eventually, she finds how hard it is to fulfil it. Mithila played the main role, and she was the perfect choice for the role it seemed, as the story proceeds

Both the web series is fantastic to watch and fun. It is realistic and deep within the script. And Mithila’s performance is as usual on the top!

Check the trailers out! 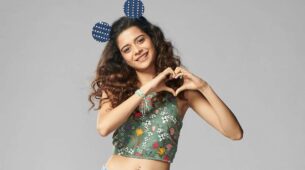