PewDiePie gets married to the love of his life 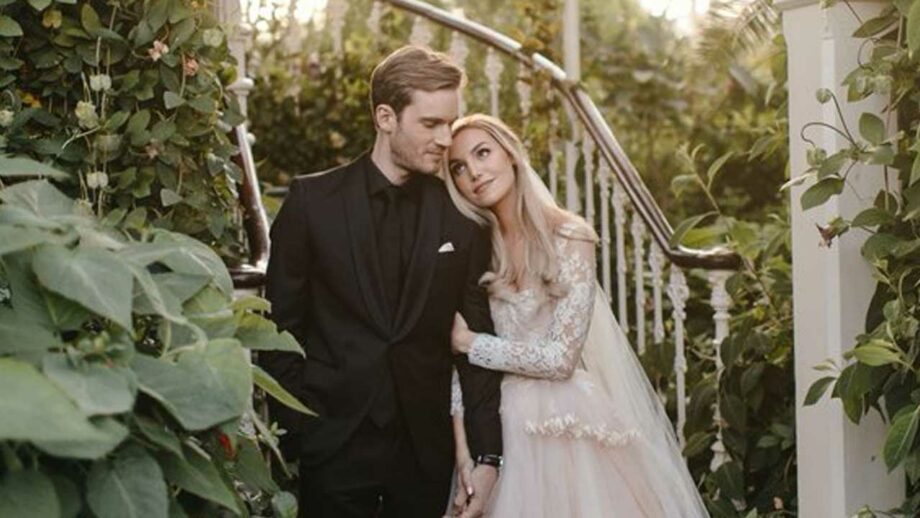 27-year-old Felix Kjellberg is the man behind the PewDiePie persona, and he is unquestionably the largest YouTube creator ever. No one is even close – Kjellberg has 53 million subscribers.

PewDiePie records himself playing a game, sharing footage of both the gameplay and his reaction to what’s happening on screen. His random, off the wall behavior and reactions have earned him a lot of viewers, especially when he’s playing horror games.

In recent years, his content has shifted to include vlogs as well. He still makes gaming videos, but these days, he also spends a fair amount of time in front of the camera, speaking to his viewers directly.

That huge following has been capable of doing some good as well. PewDiePie has used his insane reach to raise hundreds of thousands of dollars for charity.

PewDiePie was in love with a girl and today he got married to her and he said it was one of the happiest days of his life.

He shared some beautiful pictures of them together at the wedding ceremony.

He captioned the pictures as:

“We are married!!! I’m the happiest I can be ♥ I’m so lucky to share my life with this amazing woman.”

Below are the pictures of them from their wedding.

Have a look and enjoy. For more updates and news, keep watching this space and follow IWMBuzz.com

We are married!!! I’m the happiest I can be ♥️ I’m so lucky to share my life with this amazing woman.

Ashish Chanchlani and His Special Characters