YouTube sensation CarryMinati has some of the most hilarious and comical roasts on his channel, which you shouldn’t miss for the world! 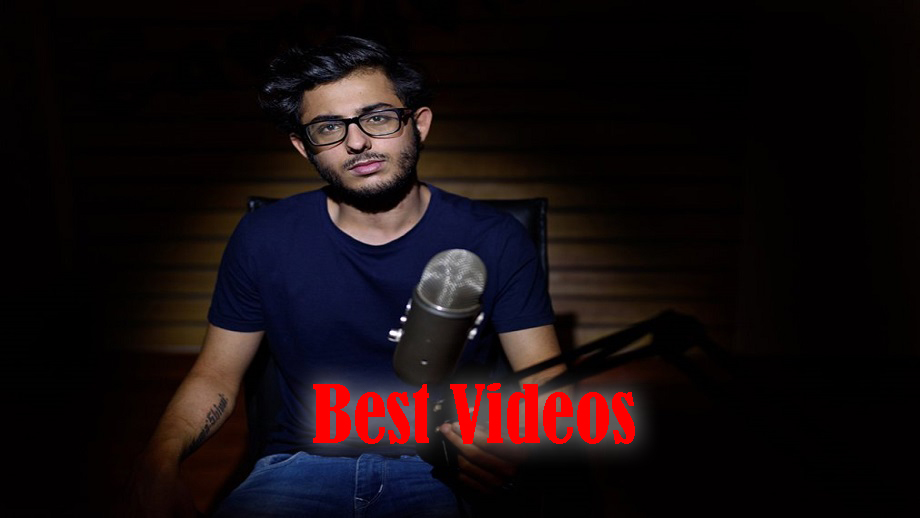 We Rank the Top 5 Videos of Indian YouTuber CarryMinati

With his sarcasm on point, YouTuber CarryMinati has become somewhat of a youth icon among viewers, touching success with his roast videos. He is the same guy who was recently in news for having been flown down to meet none other than Hollywood’s most-loved actor, Tom Cruise! If that does not describe the fame this young lad has achieved then we don’t know what will.

He has over 6 million subscribers on YouTube and 150 videos, each hitting a million views right from the time they are released. To list his top videos is a hard task, but here are the ones that we feel should make it to the list:

1. Girl with Sweg Dhinchak Puja may have shook us with her raps, CarryMinati shook her with his roast and we have been eternally grateful to him, for saying what every one in India was thinking all along.

To sum up how small YouTube channels download videos from famous channels and re-upload them in their own, CarryMinati sarcastically called out on these “thieves” hilariously.

3. Best Pakistani Show This roasts the crazy Pakistani version of Roadies and some of the hilarious moments can make you laugh harder than ever.

4. Saste Nashe Overdose Best way to ruin a song for your friends and CarryMinati nails the description of it to the tee. This video is indeed one of his most phenomenal roasts of all times.

CarryMinati explores the different bizarre kind of girls one could date, or seeing whom you might say (sarcastically), she’s the one!

Every video CarryMinati has made has been downright funny and obnoxiously hilarious to begin with and we can’t wait to see what he comes up with next!