Netflix would be coming up with its new project which an Indian superhero movie is titled ‘We Can be Heroes'. The movie is for kids and is being written and directed and produced by Robert Rodriguez, the director of 'Spy Kids' franchise. 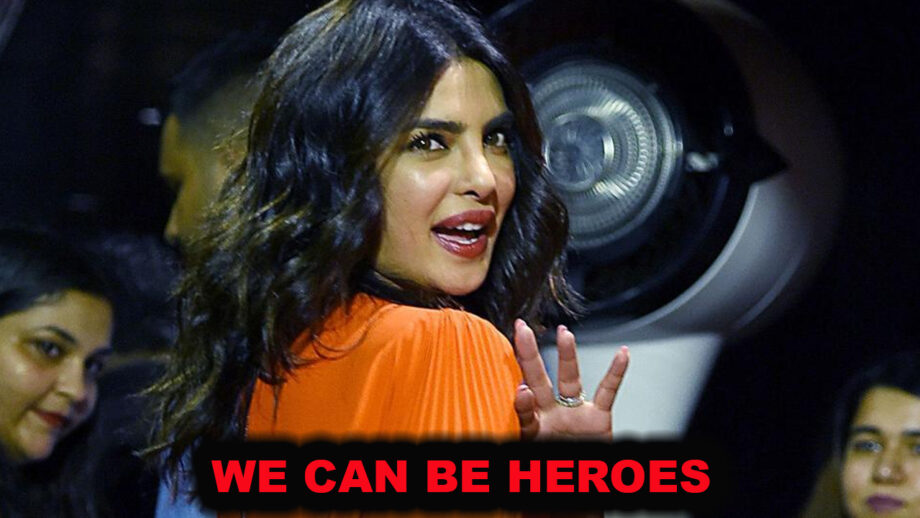 Actress Priyanka Chopra Jonas will be starring in this project of Netflix. Priyanka has recently won the best film award in the environment conservation category for her Marathi movie titled ‘Paani’.

Robert has last directed Alita: Battle Angel is this movie is expected to be the story that revolves around alien invaders who kidnap all of Earth’s superheroes. Their children teamed up and learned to work together to save their parents in the world.

Priyanka is well-known for her work on TV series Quantico that received praises from critics and fans.

Sung Kang has played Han in the ‘Fast & Furious’ franchise. The actor is always a delight to watch and Pedro Pascal of ‘Narcos’ fame would be certainly adding a layer of mystery and great drama to the film.

New photo of Priyanka from the set of the films has gone viral on the internet where she has posted with the kid’s stars of the movie.

Wishes donning a new look and are wearing a white shirt with collar and short hair. In the picture, she has been posing with Rodriguez.

this science- fiction fantasy project is also written, produced and directed by Robert. This director has spun his career directing films in this genre of movies.

Although no details are available when ‘We Can Be Heroes’ will be premiered on Netflix, Deadline’s report notes that the film is currently in production.

Who will star opposite Hrithik Roshan in Krrish 4: Priyanka Chopra or Deepika Padukone?