Viu, the premium video-on-demand platform, has wide audiences that know it as a platform that brings in intriguing and immersive original content. Without disappointing, Viu has kept viewers hooked till the end with its variety of series from the vivid genre. Viu will soon be adding a new digital show to its library of originals and promises to keep its image intact among audiences.

The upcoming series on Viu will star Roadies Fame Rannvijay Singh in the lead role and the shooting for the suspense thriller has already begun. The title of the series would be ‘Sumer Singh Diaries’. As per the records, this is going to be the next big digital work for Rannvijay who has been associated and popularly known for MTV show Roadies and Splitsvilla. There he has portrayed himself as an explicit and hardy judge.

To quote Rannvijay, he was seen in a very different and challenging avatar on Viu in the thriller drama series named Kaushiki earlier. Now shooting for Sumer Singh Diaries has been equally challenging and interesting as his role has a lot of potentials plus the exposure.

Also, reports have him stating that he is quite excited about this new series which will bring him back with Viu. Rannvijay is a veteran actor associated with actor adventures. So, watching his new role is certainly awaited by his fan followers.

This upcoming series is produced by Big Synergy production house.

The female lead would be done by ‘Ragini MMS Return’ fame Karishma Sharma along with Aditi Arya and Siddharth Bhardwaj as her co-actors in the series. Siddharth Bhardwaj has gained popularity among Indian masses after his participation in Big Boss series.

Priyanka Purohit has been rope in as the latest entry in the series who have already worked with famous TV shows like half marriage, Aap Ke Aa Jane Se, Tera Kya Hoga Alia.

The entire star cast is quite enthusiastic about this edgy suspense drama series which would be featured on country’s leading video streaming platform Viu. The show has been promised to be an appealing and relatable series with super-talented stars being cast to produce the immersive effect. 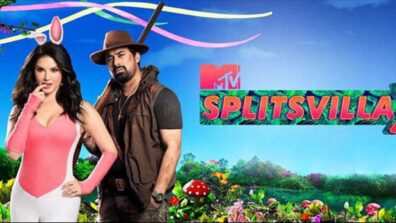 MTV Splitsvilla: The most loved show ever