Ekta Kapoor’s leading OTT platform ALTBalaji is coming up with the web-show based on four college kids who decided to start a midnight contraception delivery service. The title of the series is different just like its storyline, F…U, OK? 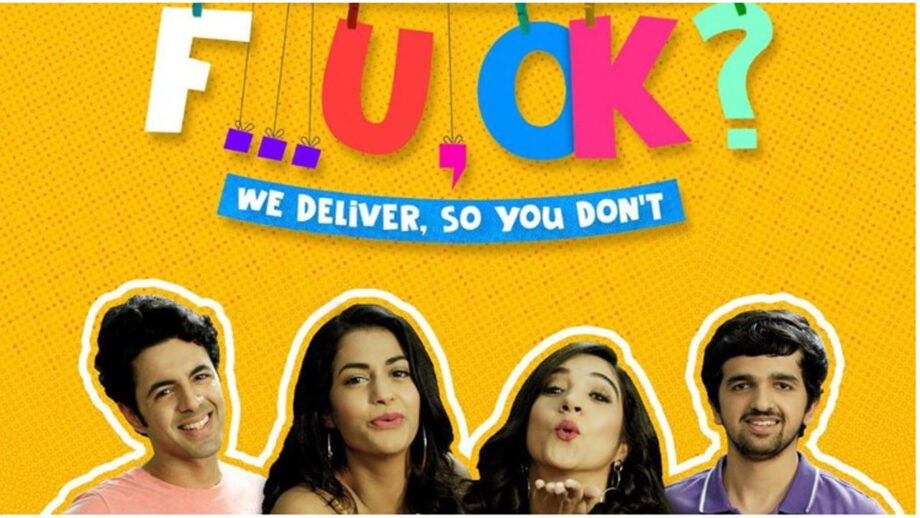 This will be an episodic series, and most importantly, the stories will be based on true events. Just like the earlier series of ALTBalaji, this is also changing the dynamics of the content world. Ekta Kapoor has been well known for bringing on the path-breaking and bold stories on TV screens and net. With her this upcoming series on the internet, she has once again proved to be a diva that specializes in delivering the most less explored topics related to masses.

The series will feature popular actress and model Pooja Kiran in the leading role. In the series, she will be playing Tanya, with whom nobody is willing to mingle to create a mess. She has been shown as a small-town girl to place a daughter of a garment owner shop. And after coming to Mumbai she tries and fights her struggle to find ways for survival in the metropolitan city.

In this series, she is playing the very stylish, witty and pretty girl.

This is an adult comedy show in which students who are fresh graduate has been shown on the dilemma of choosing the right career option. Friends with the name of Lux, Bunny, Diesel, and Tanya are also on the hunt for their perfect career and several coincidences drive them to pick up upon this strange and stupid business idea of contraception delivery at midnight.

The series will show how each delivery turns into comical misadventure, as the characters explore the nature of modern relationships ranging from emotions like love, lust, loss, heartbreaks, and other hilarious aspects. It would be certainly fun to watch the daily adventure of the people who are facing problems in sex and relationships.