Let's have a look at the stylish moments of Jisoo and Seulgi!!

K-pop has given the best artists to the world who aren’t just great at singing or performing but are extraordinary in every aspect. Be it performing, styling, or looking gorgeous in a particular outfit they always give us glamorous looks in intrusive clothing. Here presenting to you an excerpt on the fashion moments of these two Korean artists, Jisoo and Seulgi respectively.

Kim Ji-soo, highly regarded and celebrated as Jisoo, is a vocalist of South Korean descent. Along with being a singer she also is an actor. Jisoo made her very first presence in August 2016 as a component of the girl band Blackpink which was formulated under YG Entertainment. Kang Seul-gi, also regarded prominently as Seulgi, is a vocalist, performer, and dancer of South Korean descent. She is a prominent part of the South Korean girl band Red Velvet and is also a part of its sub-unit Red Velvet – Irene & Seulgi.

Both Jisoo and Seulgi are remarkable when it comes to fashion and styling. They have always managed to steal the attention of the media with their gorgeous looks. They never fail their supporters when it comes to style. Their style is cute and stunning just like their personalities. They both have a massive fan following across the globe and their enthusiasts tend to follow and copy their fashion. If you just like me are confused about what to add to your wardrobe. Here presenting to you pictures of Jisoo and Seulgi in the most stylish outfits. 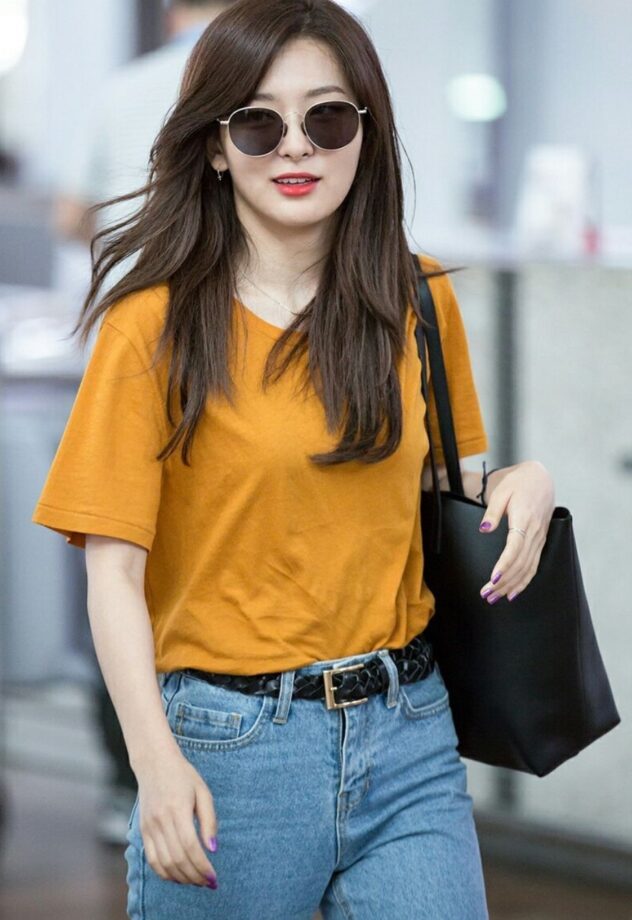 No Wonder Why Korean Skin Care Is So Hyped: These Beauties with Glassed Skin Are A Proof; From Jisoo, Jennie To Lisa