In an industry where making a transition from one parallel to the other is the most difficult task, Pooja Hegde and Rakul Preet Singh are two individuals who have made the unlikely work and happen in their favour. Stereotyping is one big daunting task which regional actors have to go through before making the cut in Bollywood but seems like both Pooja & Rakul have done it perfectly.

Pooja and Rakul, both of them started their movie careers in the South and it is was only after consistent blockbusters in the South film industry did they eventually manage to get their much deserving break in Bollywood. While Pooja slayed it in movies Mohenjodaro & Housefull 4, Rakul raised the oomph quotient in movies like De De Pyaar De & Marjaavan respectively. Not just amazing actresses, both of them are renowned fashionistas as well and their biggest ability has to be the fact that they are not afraid to experiment. Their gorgeous and superfit figures ensure that the pencil skirt designs look amazing on them and they certainly look smoking hot in that avatar. So today, we show you 5 of Pooja and Rakul’s hottest pencil skirt avatars which have the ability to slay and raise the oomph quotient like never before. Take a look – Hottest Outfits Owned By Rakul Preet Singh That You Will Want To Steal For Yourself: Have A Look

Rakul Preet Singh Or Urvashi Rautela: Which Diva Has The Sexiest Looks On A Magazine Frontpage? 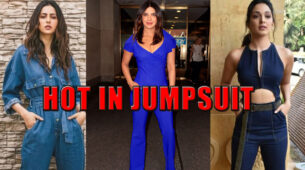 Where Am I: Rakul Preet Singh is lost in the world of yoga 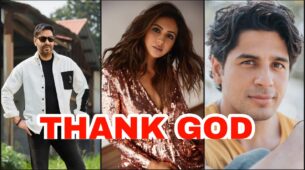 Tamannaah Bhatia Or Rakul Preet Singh: Which Diva Had The Sexiest Looks On The Sets Of SamJam?