Have a look at Carey Mulligan’s Sparkly Golden sequin dress

The 93rd Academy Awards were held on 25th April 2021 in Los Angeles. Every year Oscars are held to celebrate and appreciate the work of artists from the entertainment industry from all over the world. It’s the most prestigious and honorable award ceremony in the film industry where celebs from all over the world are invited. The celebrities show up to the ceremony in dazzling glamorous looks and the event is filled with glamour and talent.
Celebs never compromise on their red carpet looks, one can see a variety of styles and trends on the red carpet. Celebs go all out with their looks and wear the most stunning outfits for the ceremony.
Carey Mulligan, the beautiful British actress attended the Oscars in a pretty yellow sequin outfit. Known for her role in the film An Education, the actress was born on 28th May 1985 in London, England. The talented actress has been nominated several times for various awards and has won the majority of them.
Mulligan wore a sparkling gold Valentino Haute Couture two-piece look at the Oscars 2021. Carey Mulligan’s outfit featured a gold crop top and a matching gold ball gown skirt. The glamorous sequined dress was the finale gown at the Valentino Haute Couture Spring 2021. Carey looked like a complete princess in the golden dress that sparkled on the red carpet.
The actress went for a minimalist makeup look and let the dress do the talking. The actress truly stood out in her glamorous dress and made a fashion statement.
Let’s have a look at the gorgeous gown worn by the talented actress Carey Mulligan.

Also Read: Amanda Seyfried looked like a princess in her red gown at Oscars 2021, Yay or Nay? 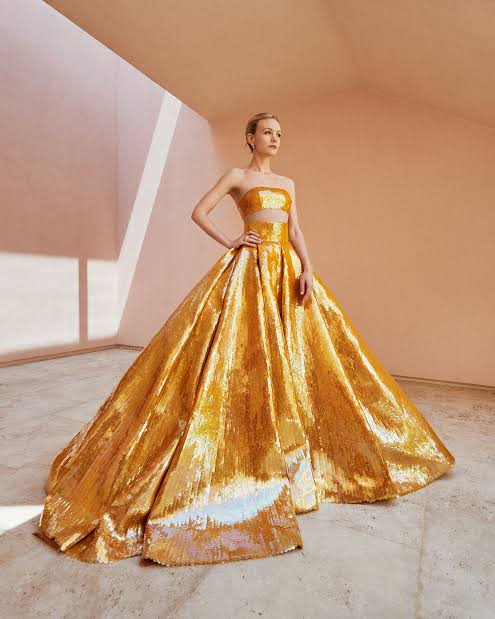 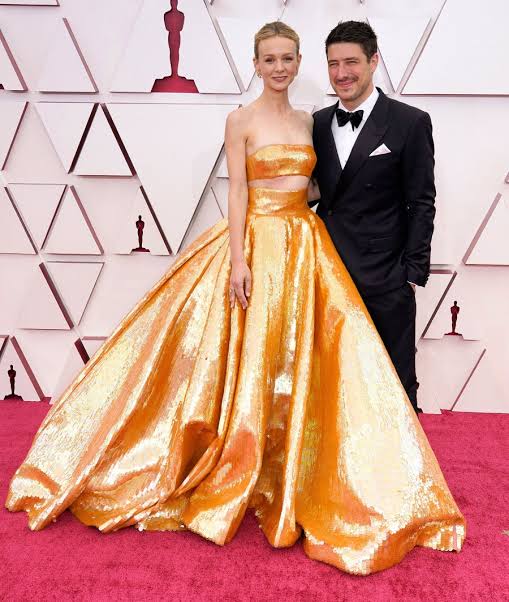 Did You See How Amazingly Gorgeous Halle Berry Looked at Oscars 2021 In Purple? Go Find Out Here

Times When Seventeen Made Us Spellbound With Their Award Function Outf...