Who's hotter between Jacqueline Fernandez and Nora Fatehi? What’s common between Jacqueline Fernandez and Nora Fatehi apart from the fact that both of them are super hot? Well, it’s easy peasy stuff. Both of them have successfully managed to make a mark in the Hindi film fraternity despite not being Indian. While Jacqueline Fernandez emerged as one of the most scintillating and gorgeous beauties of B-Town courtesy her movies like Kick, Dishoom, Housefull & many more, Nora has done the exact thing after achieving her first big success in the form of Dilbar from Satyameva Jayate. Ever since then, songs like Kamariya, O Saki Saki, Pepeta and many more established Nora as one of the hottest sensations of B-Town at the moment. 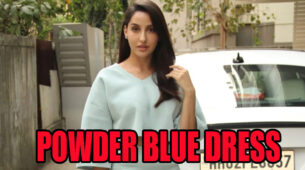 Kriti Sanon, Jacqueline Fernandez and Pooja Hegde's HOTTEST red-carpet looks that will make you fall in love with them