DJs and their fashionable looks are inspiring to the core!! Today we are talking of the talented DJs and fashionable youngsters Martin Garrix, David Guetta and Afrojack!!

The three of them have earned huge recognition and fame for their work.

Martin Garrix the Dutch DJ was ranked number one on DJ Mag’s Top 100 DJs list. He is known for his performances at various music festivals. He has had huge collaborations with brands and works.

David Guetta the French DJ has been huge in terms of his rating. He has over nine million albums and thirty million singles.

Afrojack the Dutch DJ is known for his record label wall recordings. He is featured as one of the ten best artists in the Top  100 DJs published by DJ Mag.

Today we have a look at their fashionable cool looks!! 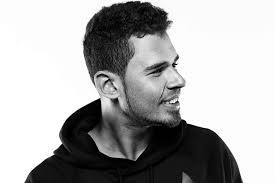