The gorgeous Hollywood star Megan Fox is known and admired for her modern yet fashionable and simple looks. Megan Denise Fox is an American actress and model. Fox was born on 16th May 1986 in Tennessee, U.S. Megan made her acting debut in the year 2001 through the family film Holiday in the Sun. After her debut role, Fox starred in numerous films and television series in supporting roles. The gorgeous star made her feature film in the year 2004 in the teen musical comedy Confessions of a Teenage Drama Queen.

Megan gained worldwide popularity through her breakout role in the blockbuster action film Transformers in which she played the role of Mikaela Banes and was also starred in the sequel of the same film.

Fox is known to be one of the most beautiful actresses in the Hollywood industry. She has been featured several times in various magazines and in numerous most beautiful women and hottest woman lists for years. Megan is also considered a sex symbol due to her super attractive features. Along with amazing beauty features, Fox is also known for her modern and casual style. There’s no doubt that an actress like Megan will rock literally in any outfit she wears but Megan has a good taste of fashion and has styled some of the most stylish looks. From red carpet looks to casual day-out looks, Megan has been serving us with some amazing outfit ideas.

Megan Fox is quite often seen styling various mini skirts, the star has a good collection of mini skirts that she styles in her day-to-day outfit look.

Let’s have a look at a few amazing looks of Megan Fox in mini skirts. 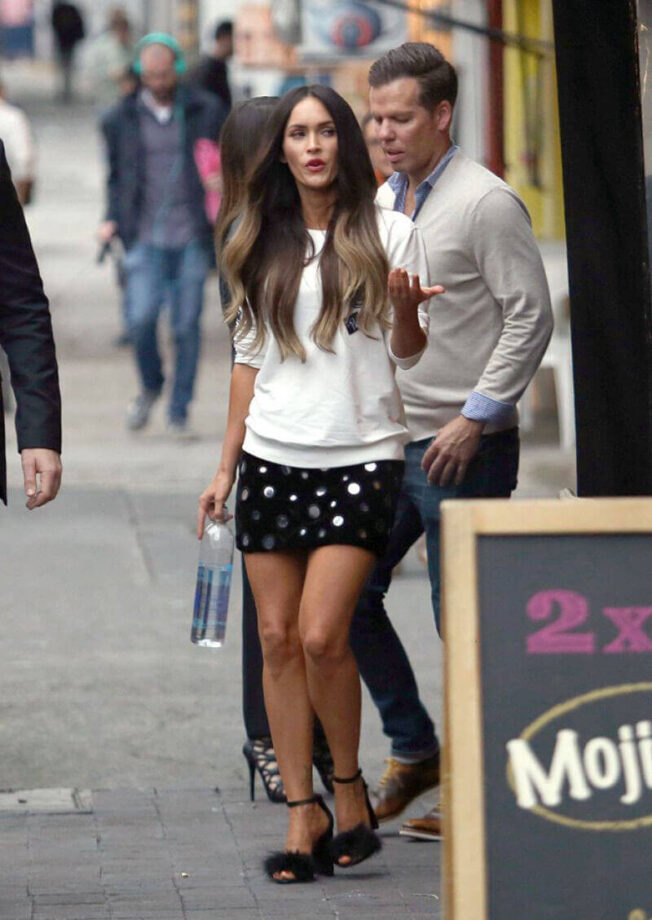 Megan Fox Is Totally Stunning In This Black Coat With Black Leather Pants, Don’t Miss This