The remarkable and talented South Indian and Bollywood performer, Tamannaah Bhatia, is an all-rounder! She has acquired a ton of affirmation after her film, ‘Baahubali: The Beginning’ (2015). Besides acting, Tamannaah Bhatia has in like way got her style and fashion game upgraded. She has made jaws drop with her looks. She is rapidly ascending as probably the best diva in the South Indian Film industry. She has been spotted wearing Indian attire at different events. The entertainer wears some extraordinary styles. She’s very ravishing and the best thing about her will be her impressive abilities and excessively hot and fit figure which is deserving of appreciation. She has turned out to be a huge fashion sensation in the industry. 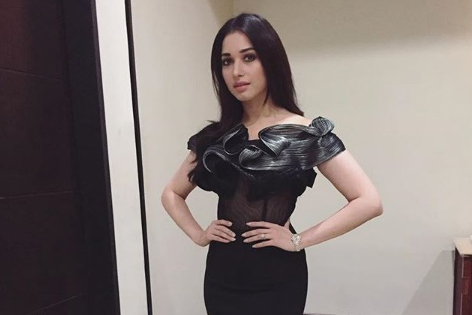 Confused About How To Style A Plain White Tee? These Styles Of Tamannaah Bhatia Are Your Perfect Fashion Notes

Are Indian Style Outfits Your Deep Affection? B Town Divas Have So Much In Wardrobe For You To Steal

Take Hairstyle Cues From Yash, Allu Arjun And Vijay Devarakonda For Yo...

What Do You Think About This All White Looks Of Pooja Hegde? Super Pre...

Indo Western Outfits Are Amazing And This Is How Lakshmi Manchu Dazzle...

Shweta Basu Prasad And Her Stunning Looks In Bodycon Dresses

Mahesh Babu to Arun Vijay: Inspiring netizens to look cool in casual a...

Payal Rajput Vs Samantha Akkineni Vs Pooja Hegde: Who Aces The Plaid P...