Let's have a look at the tie-dye hoodie look of Raftaar!!

Dilin Nair, highly regarded and known by the stage name Raftaar is a rapper of Indian descent. He also is a songwriter, performer, television personality, and musician. Raftaar commenced his career as a dancer. He started his profession in rap in 2008 with Lil Golu and Young Amli, taping songs and uploading them on social media sites. He then began functioning with Yo Yo Honey Singh as a part of the band Mafia Mundeer. Raftaar then parted his way from the group due to some minor problems. He was assisted by Ankit Khanna, who acquainted him with the Punjabi music band RDB, who then approved him onto their label, Three Records.

Raftaar the way he is amazing in his songs and performances is also cool at making fashion choices, looking stunning, and giving his fans fashion cues through his looks. Raftaar has always made fashion statements with his looks no matter where he goes. He knows well how to look stunning and handsome in every outfit. As Raftaar just looked amazing in the tie-dye hoodie which he had worn, I think you should have a glimpse of it. Here presenting to you the pictures of Raftaar in his tie-dye print hoodie. 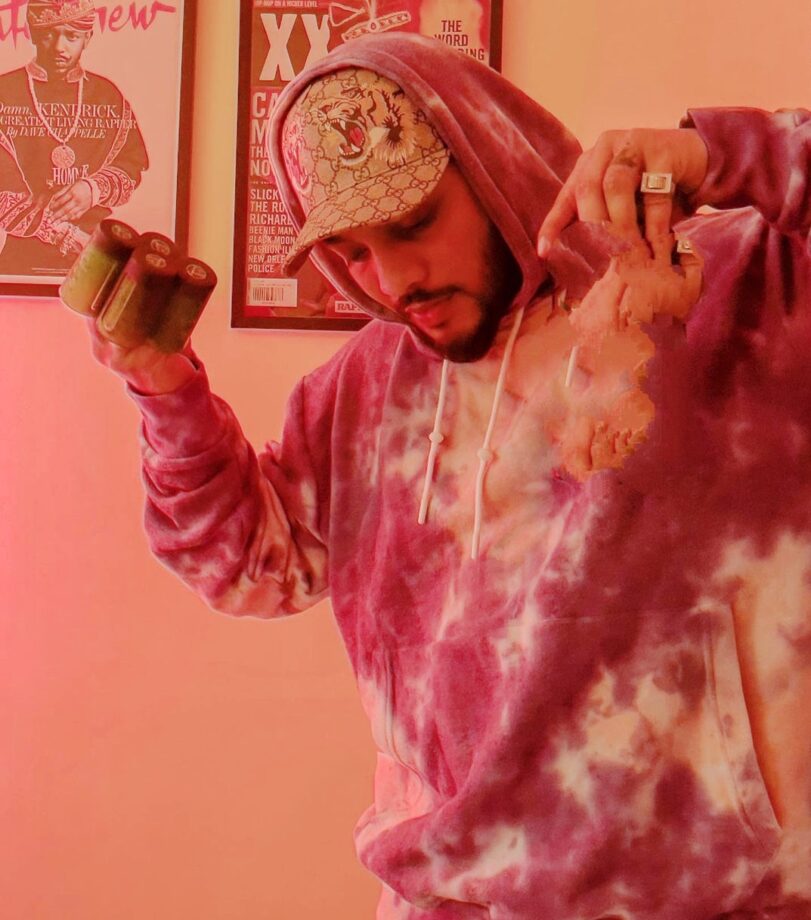 Bhuvan Bam looks handsome and dreamy in a floral print shirt with tan shades, have a look

Raftaar's 5 Knockout Looks In Suit Are Here, Have A Look

Who do you think looks more dashing and handsome in traditional wear: Ashish Chanchlani vs. Bhuvan Bam vs. CarryMinati?

From Janhvi Kapoor To Alia Bhatt: Cues To Style Your Strapless Sweethe...

Sapna Choudhary Never Goes Wrong In White: These 3 Looks Of Her Are A...

Make Best Out Of Waste: Use Your Old Jeans And Make This 3 DIY Bags