Take a peek at the times Hollywood celebrities wore the same dress!

Hollywood celebrities are always trying to put their best foot forward and leave no stones unturned when it comes to donning the most trendy and unique outfits and setting a trend. But no matter how individual one’s style may be, there may be instances of one’s outfit being exactly the same as someone else. Therefore there are moments when two different Hollywood celebrities end up sporting the same outfits. Today we look at such instances from when Hollywood divas like Kim Kardashian And Kris Jenner, Alessandra Ambrosio And Pixie Lott To Selena Gomez And Lucy Hale wore the same dress. The mother-daughter duo Kim Kardashian and Kris Jenner have been spotted wearing the same outfits a couple of times. The duo was spotted wearing a Balmain gold and black striped long jacket with matching wide-legged pants teamed along with a plain black top at different events. The reality show stars were again spotted wearing a red lace dress at different times. The two no doubt rocked both the outfits to perfection in their own way.

Selena Gomez, the American singer, and Lucy Hale who is an actress, singer, and television personality were both seen sporting a little red satin dress at different events. Selena wore the dress to the Los Angeles premiere of ‘Rudderless’ while Lucy wore the dress for ‘Teen Choice Awards 2014’. However, the two styled the Dior red mini dress differently, with different hairdos and footwear, and both the celebrities looked bewitching in Dior red mini dress. Take a peek at the times Hollywood celebrities wore the same dress!

Also Read: Top 10 Hollywood Divas Who Have The Most Fan Following In Social Media, Find Out 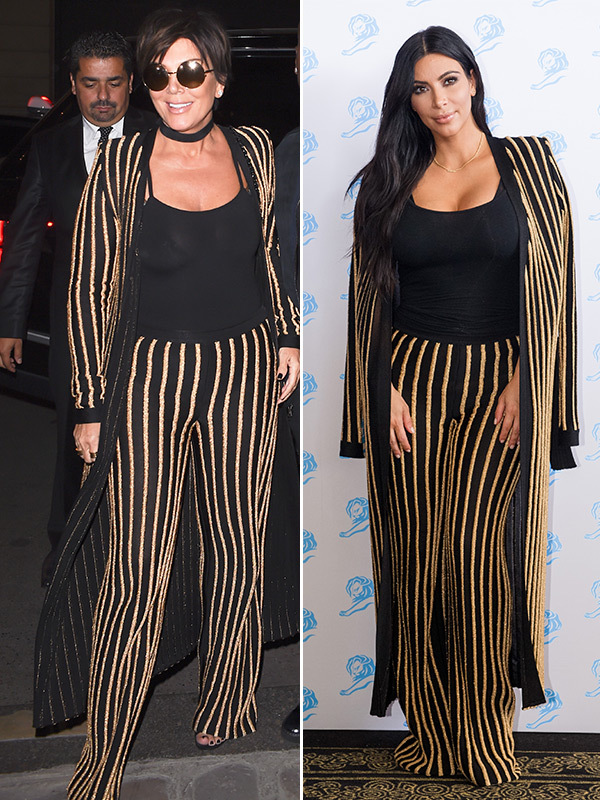