Zendaya Maree Stoermer Coleman is an American actress, producer, and singer. The gorgeous star was born on 1st September 1996 in California, U.S. Zendaya started off her career as a backup dancer and child model. The talented actress gained prominence through her role on the Disney Channel sitcom Shake It Up in which Zendaya played the role of Rocky Blue. Zendaya has been a part of many small and big films mainly as a supporting actress but in 2019 she played the role of a teenager struggling with drug addiction in the HBO drama series Euphoria for which the star won the Primetime Emmy Award for Outstanding Lead Actress in a Drama Series which led Zendaya to become the youngest winner for the same. Zendaya is also a singer and began her music career in 2011 by recording songs independently.
There’s no doubt that the rising star is extremely talented. Zendaya is also famously known for her outfit looks. Netizens go crazy over Zendaya’s outfit looks and the way the star carries every look. Zendaya has an amazing sense of style and we’re obsessed with how she styles her looks.
Zendaya has a very strong personality and the actress flaunts her personality in stunning suits. No one rocks a perfectly suited look as well as Zendaya does.
Zendaya wore a monochrome grey Berluti suit at the Bazaar Icons party, the star looked stunning in the suited look. The suit was from the menswear brand’s winter collection of 2019 and consisted of a double-breasted blazer, a matching shirt, a skinny tie, and grey trousers. Zendaya looked like a boss in the whole look.

Also Read: Margot Robbie vs. Zendaya vs. Maria Bakalova: Who looked the most glamourous in Oscars 2021? 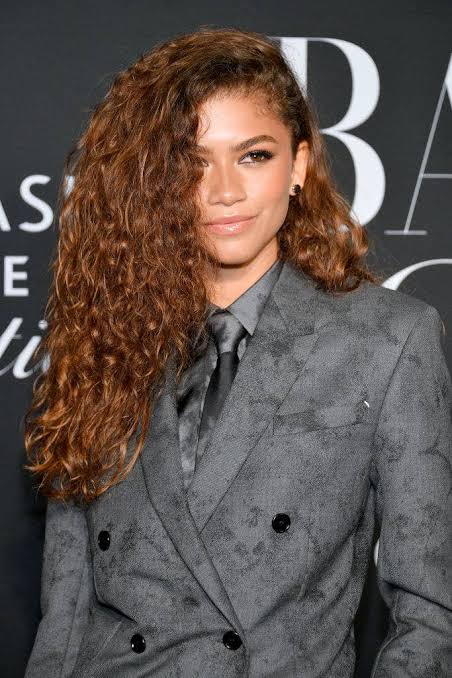 What A Hottie: Kim Kardashian burns the swag game with her brown leath...

Learn How To Make DIY Hair Bands And Scrunchies

Keep Your Airport Style On Point With These Airport Outfits Of Robert...