3 Hollywood Celebrities Who Bought The Most Expensive Footwear Of All Times, Know Here | IWMBuzz
Movies | Celebrities

There most expensive footwear worn by Laura Herring, Alison Kraus and Rita Hayworth.

Celebrities don’t look back and forth when they have to purchase an expensive item, especially if the item is a part of your attire. Many celebrities are known to spend their hard-earned dime on things like clothes, jewellery, watches and footwear is no exception. Dropping big bucks on commodities that accentuate their look is a typical thing in Hollywood. Several celebrities have spent millions of dollars on ordinary things like clothes, watches, belts, bags and many more. Today we are going to take a look at the three most expensive footwear purchased or owned by famous Hollywood celebrities.

Laura Herring the fifty-seven-year-old Mexican actress stepped on the red carpet wearing $1.9 million heels during the 2002 Academy Awards as per thericbest.com The finely designed heels were by Stuart Weitzman and had beautiful 464 sparkling Kwiat diamonds on them. The plot twist is that the straps of the heels were detachable and can be worn as a necklace as well. During the 2004 Academy Awards, the forty-nine-year-old American singer Alison Kraus brought glitz, glamour and lots of shine to the red carpet by wearing her $2 million Cinderella Slippers designed by Stuart Weitzman. The stunning heels feature 565 Kwiat diamonds estimated at 55 carats in total. 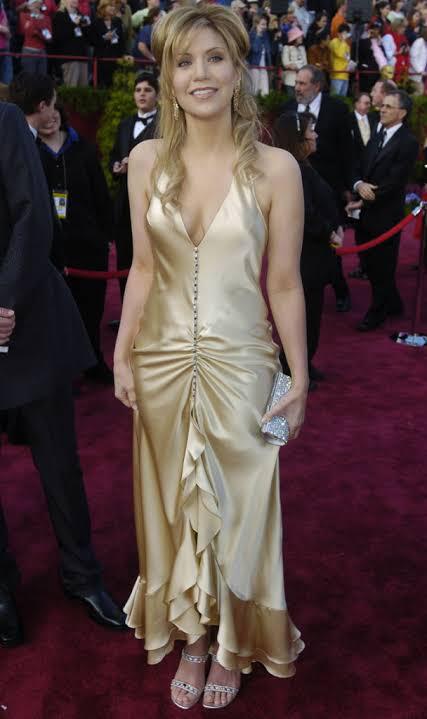 The American actress Rita Hayworth will be immortalised for her many iconic moments in the industry. One of which is gracing the red carpet wearing a $3 million worth pair of heels. The beautiful pair of footwear wear adorned with diamonds, rubies, and sapphires. Truly made to fit the royalty. Let us know what you think about celebs overpriced footwear in the comments.