Vijay Deverakonda is the most stylish and drooling actor in Tollywood. He is very talented and has fabulous acting skills. He has become the fashion icon of the industry. The actor’s style-game is always incredible. He has received tremendous regard from his fans and is popular in the south film industry.

Shahid Kapoor is the most attractive and dashing actor in Bollywood. Shahid Kapoor played the role of Kabir Singh, which was inspired by Vijay Deverakonda’s movie Arjun Reddy. He has inspired us with his amazing style looks and is followed by millions of people for his marvelous looks and superb acting. Both of them were seen wearing an ankle-length suit and were looking superb in that outfit. They were also seen wearing similar designed ethnic outfits and were looking stunning in ethnic wear. The actors have one common interest between them, and that is both of them like to experiment a lot with their outfits. They are also seen wearing trendy outfits and looks mindblowing. The actors are superb, and their style game is marvelous. Vijay Deverakonda has proved that he doesn’t feel shy to try new designer outfits and look sassy. Shahid also drools us with his stunning fashion styles.

Check out some fashion styles of Shahid Kapoor and Vijay Deverakonda, and stay tuned to IWMBuzz.com. 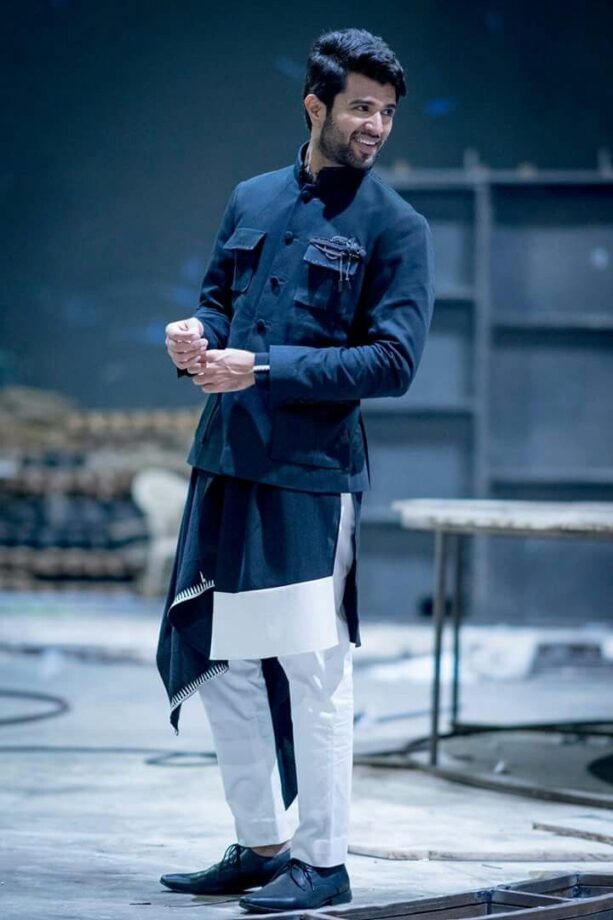