Hansika Motwani is often regarded as the ‘dimple girl’ of the South film fraternity. The actress started her acting way back during her childhood and was an important part of the popular TV show ‘Shaka Laka Boom Boom’, something which all the kids of the ’90s were literally obsessed with courtesy the magic of the ‘magic pencil’. Eventually, she started her acting career in the South and did some breakthrough roles in the industry which gave her the due respect and loved she and her talent always deserved.

Apart from being a fantastic actress, Hansika is also a role model for many for her charitable endeavours beyond movies. The madness and fan frenzy around her is such that her fans even went on to the extent of dedicating a temple at Madurai for her.

The love and adulation that Hansika has earned over the years are due to some credible and successful movies at the box office which have been appreciated by one and all. So today, we name to you all 5 of her most popular movies which you absolutely cannot afford to miss. Take a look –

Also Read: Shine Like A Star In These Shiny Red carpets Looks From Shriya Saran, Nayanthara, and Hansika Motwani 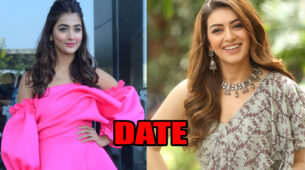 Pooja Hegde or Hansika Motwani: Whom Would You Go On A Date With? 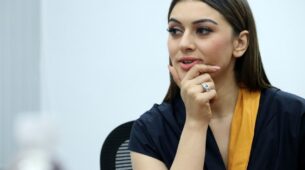