Check out these adorable fitness moments of Chris Evans, Brad Pitt, and Will Smith! The American actor, Christopher Robert Evans is well known for his role in the Marvel Cinematic Universe’s (MCU) movies as Captain America. It is very necessary for him to keep himself fit and fine for the superhero role like an Avenger. Chris has nailed it with his acting, and so with his adorable fitness moments.

Whereas, Brad Pitt, the Oscar-winning Hollywood actor, has also kept himself fit at the age of 56. He has been spotted in various action movies with abs and biceps in the 90s. Brad has been caught flaunting his fitness a lot of times.

On the other hand, Will Smith, the American actor, rapper, and producer has been no less. The actor has been seen in some brilliant movies, and some of them have been action movies. Will has kept himself fit very well for all his roles.

Here are the adorable fitness moments of Chris Evans, Brad Pitt, and Will Smith. Have a look at them! 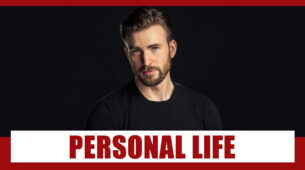