Amanda Seyfried looked like a princess in her red gown at Oscars 2021, Yay or Nay? | IWMBuzz
Movies | Celebrities

Have a look at Amanda Seyfried’s red gown that she wore at Oscars 2021.

Amanda Seyfried is an American actress and singer who is known for her roles in the movie Mamma Mia!, Jennifer’s Body, Letters to Juliet, and many more. Amanda Seyfried started modeling at the age of 11 and later entered into acting at the age of 15 as Lucy Montgomery in the soap opera As the World Turns. She also played the character of Joni Stafford in All My Children. Amanda Seyfried also worked in many movies that were hit on the big screen such as Mamma Mia!, Solstice, Jennifer’s Body, Chloe, Dear John, Letters to Juliet, Red Riding Hood, The Big Wedding, etc. Seyfried has ventured into every possible genre giving us a variation in every film she acts in. None of her characters portrays a similar trait as the previous one and provides us with a different perspective in every film. Due to her mettle performance, she has received critical appreciation and nominations for Golden Globe Awards, Academy Awards, and Critics Choice Awards. 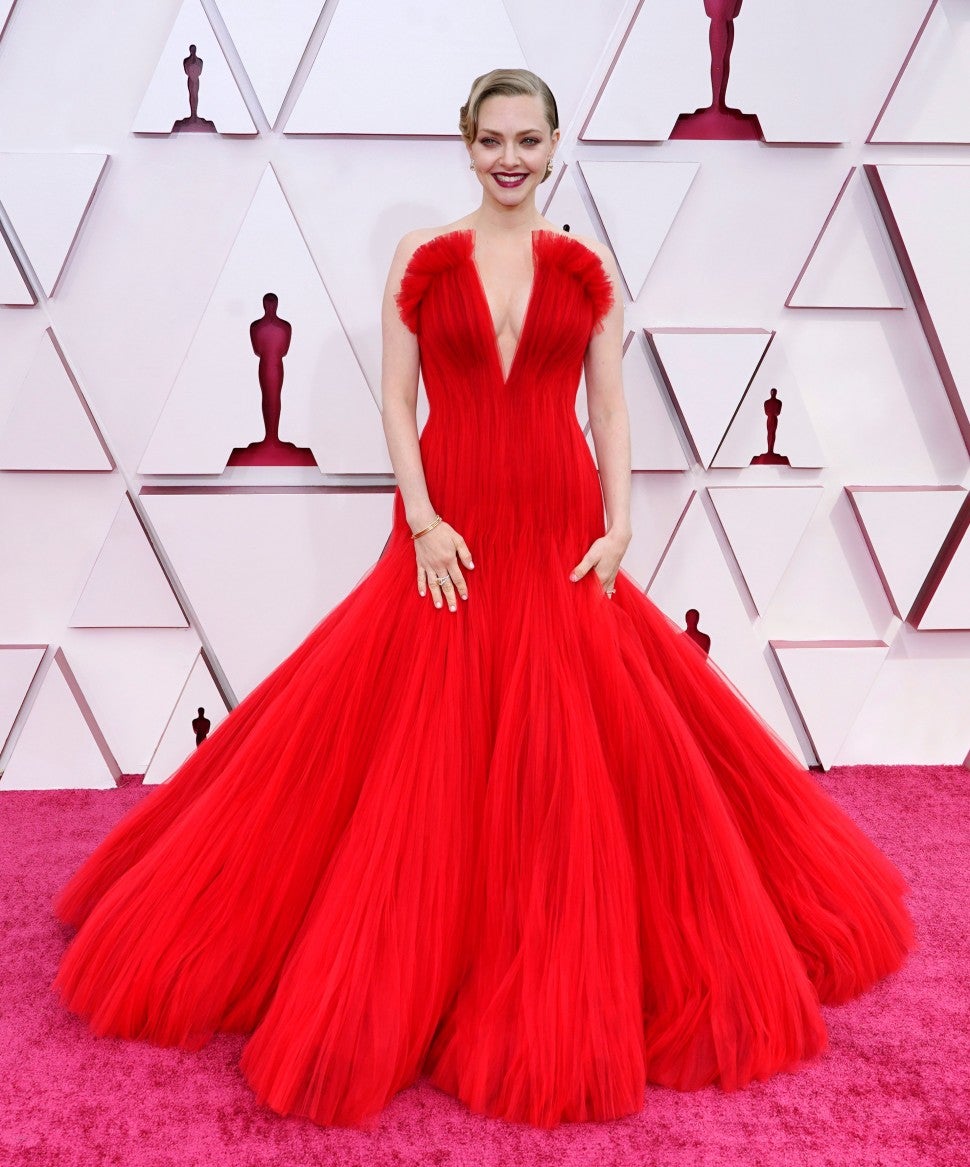 The red carpet is one the most important aspects of a celebrity’s life. It is here that their hard work pays off as they are appreciated and applauded for their performance in particular projects. Oscars 2021 has been a spectacular event as we saw every celebrity bringing the extra oomph to the red carpet with their outfits. Amanda Seyfried is one of those celebrities who looked mesmerizing in her attire. Seyfried poses for the camera as she is wearing a beautiful, voluminous red gown. The gown is bodycon and flares after her thighs. The entire dress is made of tulle material with a red layer underneath. The plunging neckline only adds up to the extra-ness of the outfit. That color against her skin tone looks fabulous.

Also Read: Hotness Alert: This Look Of Spruha Joshi In A Sequin Saree Will Blow Your Mind? Isn't She Pretty? Yay Or Nay?

Ravishing In Red: Gauahar Khan's Red Salwar Suit Outfit You Should Totally Steal: Isn't She Killing It? Yay Or Nay?

Marathi Actors Who Rule The Hearts Of People By Their Humour: From Sid...

When Alia Bhatt And Janhvi Kapoor Dressed Alike: Who Do You Think Rock...