Amit Trivedi: One of the best composers of our time | IWMBuzz
Subscribe Now
Movies | Celebrities

Amit Trivedi, the legend behind most Bollywood chartbuster songs, is a force to reckon with in the music industry. If you are thinking of a vivacious singer in Bollywood who is bold and sings like a dream come true them it is definitely Amit Trivedi that you’re looking for. Trivedi is one of the most famous composers in Indian music industry today and his soulful numbers have been chartbusters for years on end.

His career started with the push of his dear friend and writer-director Anurag Kashyap. Within only five years of his introduction in this industry, Amit Trivedi had already redefined the music industry and brought in a lot do freshness and bold nuances with him, which we now see booming very well at present.

Spanning from the soulful hit Iktara to the iconic number Pardesi and from the melodious Meethi Boliyan to the peppy number London Thumakda, Amit Trivedi has clearly touched our hearts in more ways than one. The most extraordinary thing about him is his excellency in every genre and his stride to be perfect in everything he attempts. His USP lies in the mere fact that audiences can never know what to expect or predict about his upcoming songs either, and that excitement stays intact.

Be it a fusion of Bhangra, Jazz, Rajasthani folk, electronica or the flavours of African folk music, all of Trivedi’s tracks have a fresh element in it. For instance Aafaton Ke Parindey is based on a Dubstep influenced rhythmic beat, at 155 beats per minute. These kind of new expeditions clearly take our breath away and leave us definitely wanting to hear more of where that came from.

Apart from his fusion skills, his contemporary skills also never fail to amaze and surprise us! We simply hope that this icon shines brighter in the music industry and keeps doling out chartbusters one after the other. Find out who made Neha Kakkar’s day SPECIAL Neha Kakkar is celebrating and how: but why? 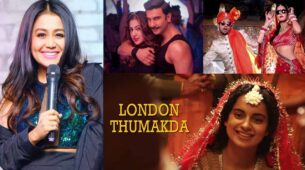 Be It Original Or Remakes Of Old Songs, Neha Kakkar Always Rock The Dance Floor 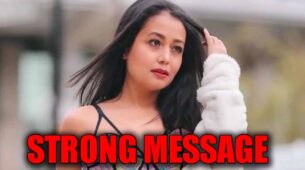 Neha Kakkar has a 'strong message' for all women, check here