The most underrated actor in this film industry of ours is Rajkumar Rao, the quiet newbie but not so much. Winning hearts over his absolutely brilliant acting skills in his movies as Co actors or lead actor. Rao has been educated from various film schools but graduates from bluebells model school. This actor stays in gurugram and has been brought up there. Film fares and best actor awards have been received by this underrated actor. Basically, he has worked very hard for his movies and took a little while to won the hearts of his fans! He was also seen in early movies working a short role and later seen in the lead. His hits like a queen, barely ki barfi, stree and other movies have got him quite a good fan following!

This Rajkumar is definitely blessed with his Rajkumari wife/partner patralekha, Paul! We have seen this couple together in the movie city light which was the first lead actor movies! There have been dating rumours of them since their first movie and then later was confirmed by Rao when he said it in an interview and proved by marrying the love of his life! Well, their love was something at first movie sight! Patralekhas dad wanted her to follow his path by becoming a CA! But she wanted to follow her dreams and was later seen working in the movie city lights!

Rao’s work was appreciated in his movie queen with Kangana Ranaut! The actor played kanganas fiancee who then breaks the marriage with her. Later he was seen in the movie bareily ki barfi with Co actors ayushmaan Khurana and Kriti Sanon which is a love triangle story with a twist! People loved his work and the movies a lot and hence loved by all! His new movie with Kangana ‘judgemental hai kya?’ is released this week and is gaining love from his fans! 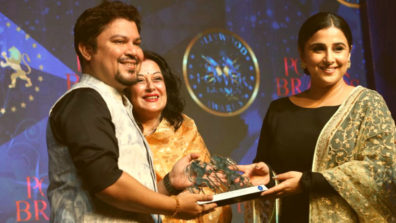