As far as the South Film Industry is concerned, it is undoubtedly filled with some gorgeous and scintillating beauties who not just stun with their magnetic charisma and performance on-screen but are equally fabulous stunners off-screen as well. Leading the list in this regard is none other than our very own ‘Lady Superstar’ aka Nayanthara. Be it Tamil, Telugu, Kannada or Malayalam, Nayanthara has ensured that with her acting skills, she makes her presence felt everywhere. Today, she’s one of the leading heroines of the South industry and her indomitable spirit is an inspiration for all her fans. While all you Nayanthara fans might be thinking that you know it all about her, the reality is slightly different. So today, we are here to tell you some unknown facts about her which will blow your mind.

As per India TV,

She was initially born as a Christian

She wanted to pursue as a career and study Chartered Accountancy

As per reports, she was offered to do a dance number in SRK’s Chennai Express but she refused to do so because her ex-boyfriend Prabhu Deva was choreographing the song Have you this video of Nora Fatehi dancing in a hot red body-hugging dress? 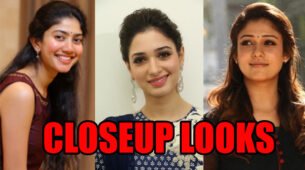