Kristen Stewart is an influential personality not just as an actress but also in the fashion industry. We have all witnessed Kristen Stewart’s fashion transformation it was hands-down one of the most epic transformations of the century. And if you have not seen it then just google Kristen Stewart’s pictures from her Twilight days and now. You will realize in a jiffy how much the actress has changed in terms of her fashion.

Kristen Stewart’s fashion has always been inspirational. She is a fashion icon with extensive knowledge about style and fashion. Charlie’s Angels’ actress has been blowing our minds with her fashionable looks for a really long time.

Kristen Stewart wore a cute pastel blue outfit at the Cannes Film Festival. The diva wore a blue blazer over a white top pairing it with matching blue trousers. The outfit looked cute and chic. Kristen Stewart carried the look in the most graceful way possible. To check out her stunning look in blue trousers take a look at the pictures below. 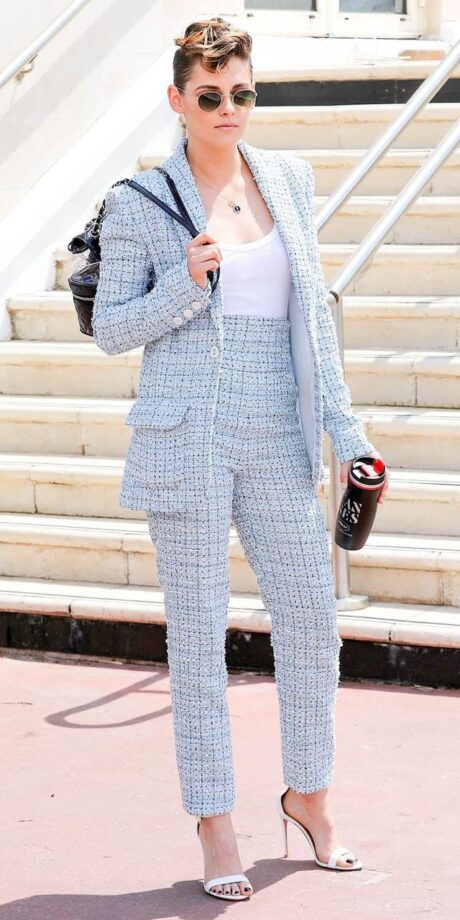