IWMBuzz brings to you a list of Bollywood actors who had done movies for free. Read the story for more details 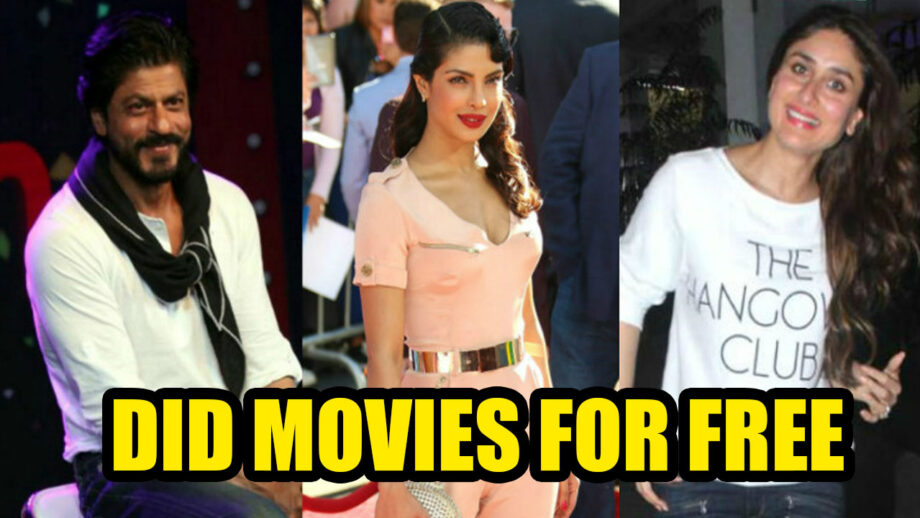 Whenever we hear the term ‘Bollywood’, all that we can instantly think of is stars, glitz, glamour and most importantly money. Stars command a massive fan following and thereby they naturally charge a hefty amount in exchange of their services in a movie. While one would imagine that the biggest of actors will never charge anything in less than crores, there are some actors who have actually done movies and appearances for free of cost. Wonder how? Check out the list –

1. Katrina Kaif:- Katrina happens to be a very good friend of Karan Johar. That’s why she didn’t take money for her item song ‘Chikni Chameli’ in Agneepath. Generally, Katrina charges 3 Crore for one item dance or any special appearance in movies, but, for beloved friend Karan, she refused to take the money.

2. Shahid Kapoor:- Shahid’s career was going down when he was offered the lead role in the film “Haider” directed by Vishal Bharadwaj. Shahid did ‘Haider’ for absolutely free as he knew that this film would be his huge comeback in Bollywood again

3. Deepika Padukone:- Very few people know that Deepika did her first film ‘Om Shanti Om’ with Shahrukh Khan for just free. She was never thought about money when she got the opportunity to make her debut with King Khan. Deepika knew that a debut film with SRK will help her a lot for her Bollywood career and she was actually right.

4. Kareena Kapoor Khan:- Being a close friend of Salman, she also didn’t take any charge to do the item song ‘Fevicol Se’ in ‘Debaang 2’. Kareena always maintains a good term with Shah Rukh too. For this reason, she did another item dance ‘Marjaani’ in Billu for free. It seems like Kareena did all those songs for free to get more film offers from Khans as she is a hardcore professional and intelligent

5. Priyanka Chopra Jonas:- Priyanka had done one item dance in the film ‘Billu’ for free. This was the first and last time Priyanka made any special appearance for free. This item dance really worked for her as after this film she got a special place in Shah Rukh’s life.

Stay tuned to IWMBuzz.com for more such updates.