In conversation with John Abraham Independence Day 2019 saw too films awaiting release and very few Independence Day films which clash with each other manage to get the same attention and limelight like the other. On one side you have ‘Mission Mangal’, which is about India’s first successful Mars Mission, comprising of a huge star cast of Akshay Kumar, Vidya Balan, Taapsee Pannu, Kirti Kulhari, Sonakshi Sinha, Nithya Menen and Sharman Joshi, the other side has ‘Batla House’, based on the real life encounter incident at The Batla House in 2008, starring John Abraham and Mrunal Thakur in lead roles. Both the movies have had their share of positive publicity, but something unfortunate has happened with ‘Batla House’ that has definitely shaken the film to an extent.

Recently, the Delhi High Court had interuppted the release of ‘Batla House’ and had denied the film a release on 15th August. But the team of Batla House had the last laugh as they walked out clean from the court and the film earned a release on 15th August. However, the decision seems to have come a bit too late for the team’s liking, as because of the new adjusted cuts and modifications, the final print will reach the theatres late, which will simultaneously affect the opening day collections of the movie.

Hence, at the press conference of the movie after the media screening, when John was asked whether the Censor Board had any role in the cuts, John was quoted as saying –

“No, the Censor Board have absolutely no role in this. In fact, throughout the trial, they were with us like a pillar of strength, and even yesterday they mentioned to the court that they stand by the film. They are the reason why the film has earned a UA certificate and their contribution is huge when it comes to the decision going in our favour.”

Well, here’s hoping all ends hunky dory for the team of Batla House, as a lot has gone into making the movie and that too when it’s based on a real story. Here’s wishing the team of ‘Batla House’ all the best for its run at the cinemas. 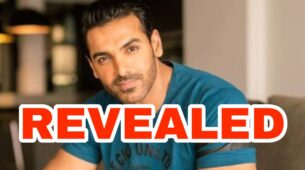