From their initial chemistry in Ram Leela to their grandeur filled Lake Como wedding, Deepika and Ranveer have had their perfect little fairy tale love story.

When you say sugar meets spice love story, we think of DeepVeer in an instant. Deepika Padukone and Ranveer Singh have time and again proven that love can be found in unexpected places, and can last forever, if it’s true love indeed.

They first met at a restaurant, and Ranveer was immediately taken aback by Deepika’s beauty. Deepika had however concluded that Ranveer wasn’t her type. But as they say, their destiny and fate had something very different in store for them!

They had fallen for each other soon enough and their romance flourished on the sets of Ramleela in 2013. The chemistry that this radiant couple shared was blooming off screen and sparks were clearly flying in every direction. As a couple they were extremely sought after by directors and we know just how much fan following they have enjoyed. Even before getting together, Ranveer and Deepika had the paparazzi going crazy for them and their fans were always waiting to see these stars in their next movie, but ever since they have gotten together, DeepVeer’s fan following has multiplied like you can’t imagine. 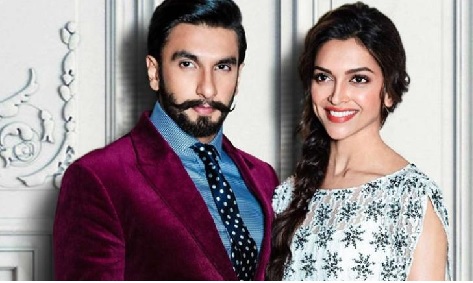 They hadn’t announced it, but they were in love from their RamLeela days itself probably. Ranveer even visited Deepika on the sets of Chennai Express and Piku. They were frequently spotted together, sharing amazing moments and enjoying spending whatever little time they got with each other. Soon enough it was public, and they became the new buzz of the town in no time.

On October 2018, they announced their marriage, and by 14th November, our dream couple was hitched! Fans went mad with joy as the images were released and what a wedding it was! We have nothing but love and blessings for this Bollywood sweethearts.

Who Is Ranveer Singh's Most Favourite Cricketer? Big Secret Revealed

Styling Cues From Ranveer Singh To Level Up Your Fashion

How Much Does Ranveer Singh Charge Per Movie? The Amount Will Shock Yo...