After the blockbuster success of Student of the Year, audiences will finally get to see the sequel of this movie with a fresh and promising new cast! The movie will be released under the banner of Dharma Productions. Karan Johar and Punit Malhotra are playing vital roles in launching two new faces in this movie. If we glance at the cast and crew then we will notice two new comers, who are the female leadsopposite Indian actor Tiger Shroff.

Bollywood fans are buzzing in delight ever since the new cast of Student of the Year 2 was announced and are dying to see this new kids on the block work with an amazing actor and dancer like Tiger Shroff. The new star-kid Ananya Pandey and new comer Tara Sutaria are both making their debut with this movie. The exciting trailers of this movie have already become the talk of the town, are it looks like the trio is all geared up to set the floor on fire. 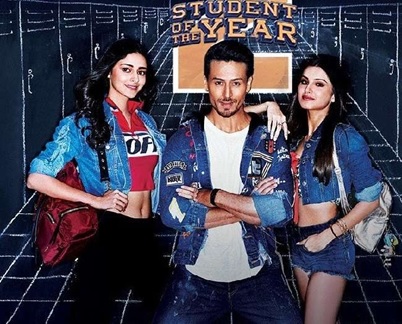 After seeing the newly released official poster of the movie, we just can’t keep the excitement bottled up anymore. From all the lined-up Bollywood movies in 2019, Student of the Year 2 has surely been getting most of the traction and we think it might just deliver! You would want to definitely go and attend the first day first show if you really are a movie buff because the spoilers of the movie will start in no time!

Will this movie be as good as the first one or will it actually manage to surpass the bar set by the original students of the year, only time will tell!

Ananya Panday vs Tara Sutaria’s in Manish Malhotra lehengas: Who carried it better?