Check out our exclusive conversation with Bobby Deol Bobby Deol is one actor who’s currently having the time of his life at the moment. During the 90s and early 2000s, Bobby Deol dominated the 70mm screen and was enjoying a purple patch in his career with movies like Gupt, Bicchoo, Soldier, Ajnabee, & many more. However, things didn’t fall into place after that and Bobby soon lost his track in the industry. Back to back box office failures didn’t help his cause at all.

But seems like the OTT space has come to him like a breath of fresh air and with back to back successful projects in the form of Class of 83 and Aashram, Bobby is certainly back with a bang. But what about the time when he was trolled and bullied on social media for failing? When we asked about the same, he said and we quote,

“To be honest, I was extremely hurt at that point of time because I was getting trolled and made fun of for everything I was trying to do. People have a problem with you not doing anything and people have a problem with you trying as well at times. The whole social media trolling did make me very upset but also I realized it made me a lot stronger mentally and emotionally. As I said, I was extremely hurt when social media trolled me for everything. I lost motivation in the middle but now I am back.”

When asked about why Prakash Jha was a big factor behind saying yes for Aashram, he said and we quote,

“Well, how can I not? It is Prakash Jha at the end of the day. All of his films are socially relevant and have a message in some way or the other and who would miss out on such an opportunity? I remember during the dubbing of Gupt we met at one of the studios and he said he wanted to work with me one day. He appreciated me a lot then. I am glad that day has finally come. Also, when it’s a movie that is socially relevant, I totally trust Prakash Jha. Had it been any other director, I might have had dual thoughts but with Prakash Jha, there’s no question of that.” 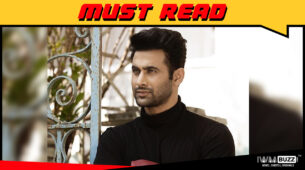