Kiku Sharda gets talking about his new film Angrezi Medium. Read it here. Veteran comedy TV artist, Kiku Sharda who will next be seen in the movie, Angrezi Medium, loves the cinema format more than the tube. “For it allows better storytelling.”

Says Kiku, “In broadcast where TRP alone run supreme, the storyboard is never sacrosanct. If the numbers come, the tale will go endlessly, unlike time-bound films which have a definite start, middle, and an end.”

“So TV does not justify storytelling.”

“No wonder I have kept away from daily dramas for many years, preferring comedy (FIR) and non-fiction (The Kapil Sharma Show).”

“Being a big screen buff, I watch all the latest releases in theaters and hope that the numbers of screens don’t reduce in the face of the digital influx.”

Kiku refused to talk much about Angrezi Medium, saying, “Let the trailer which will be out later today speak for itself. Suffice to say it is the heart-warming father-daughter story, where the dad does what it takes to secure his kid’s future. Also, as it marks Irrfan Khan’s return to films, so it is closer to all of us.”

“The film also has Kareena Kapoor Khan and Radhika Madan in lead roles.”

“I have loved working with this Maddcok unit, it was a pleasure associating with Ranvir Shourie and Deepak Dobriyal on-screen,” adds Kiku.

When asked about the craze for English education in middle-class India (Angrezi Medium’s theme) Kiku says, “It is unfortunate that we go so crazy learning one language, that we end up forgetting our desi lingos and cultures. I am not against the lingua franca of the world, but the class divides it perpetuates, i.e., you are of lesser importance if unable to speak the Queen’s language.”

“I like it when big stars speak in Hindi at award functions. We should be proud of our native tongue.”

Kiku has not done many films. “I had just one well-liked scene in the recent movie Jawaani Jaaneman. His film 2016 with fellow TV actor Harshad Chopda had tanked. “Although TV keeps me busy, I would like to do more films like that where the true acting craft is is exhibited.”

“Having said that I am delighted doing TV as well. The live studio interaction in The Kapil Sharma Show, gives you a new high. We will soon finish 120 episodes of the current season.”

“So being a selfish actor, I will try to balance both,” he ends. 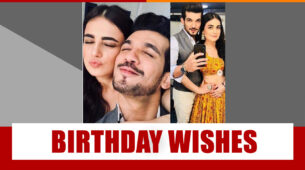