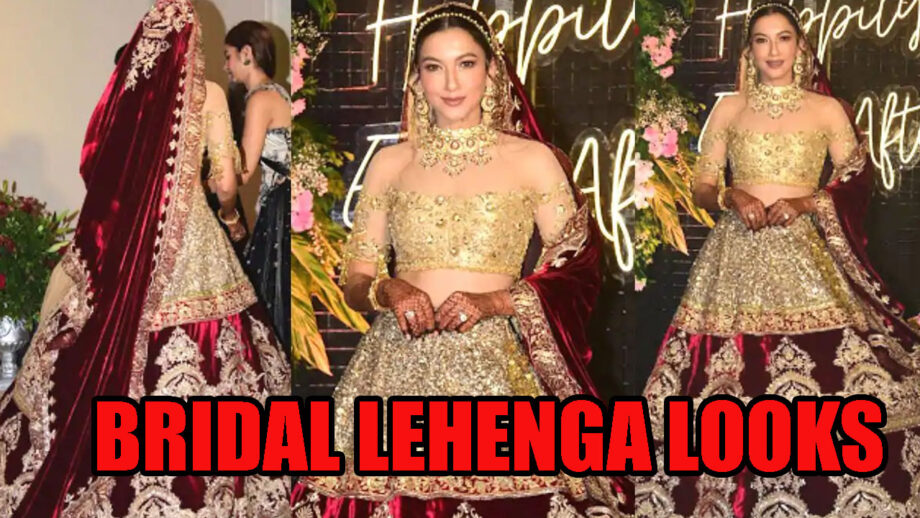 The most glamorous and rocking diva of the television industry is Gauahar Khan. She is a fabulous actress and made her debut with Rocket Singh: Salesman Of The Year in 2009. The actress has also appeared in numerous films and she is known for her amazing acting roles. The actress also became popular for her appearance in Bigg Boss season 7 and she became the winner of the reality show. The actress has a vast fan following and she just looks mind-blowing. The actress is the most beautiful and gorgeous looking diva and is slaying the industry with her stunning looks.

The actress was looking gorgeous and she just nailed the lehenga look. She wore an off-shoulder Golden blouse on it and her heavy Golden and wine color lehenga just made her bridal look stunning. She also wore heavy jewelry on it and was looking fabulous. The actress is good at styling outfits amazingly and she just looks mind-blowing and gorgeous in all her outfits. The actress slays every outfit perfectly and gives us major outfit goals.

Check out the bridal lehenga look of Gauahar Khan and stay connected to IWMBuzz.com