Check out these amazingly comfy and glam looks of Katy Perry! Katheryn Elizabeth Hudson, popularly known as Katy Perry by the fans, is one of the leading faces of the music industry. The American singer, lyricist, and television judge is one of the highest-earning women in the Hollywood music industry, as per Forbes in 2019. Katy Perry has dropped several hits in the market and emerged over the past two decades as one of the top singers of Hollywood. She has also grabbed several awards like Guinness World Records, Billboard Music Awards, American Music Awards, and many more for more than a couple of times. She is one of the top music-selling artists in today’s world. Katy Perry has got a huge influence on her fans and followers. She has not only influenced them with her songs, but also with her fashion looks too.

Katy Perry has got a brilliant fashion and aesthetic sense of grooming up. She is also one of the sexiest fashion inspirations of the world. She has been seen picking up the best outfits for herself and nailing every event. Be it a red carpet or streets, Katy Perry has made everyone stunned with her looks. Even the words would be less if her fans start complimenting her. Her party wears are undoubtedly good, and so are her comfy and casual looks. Katy Perry looks glamorous even in her casual looks.

Here are some stunning comfy and glam looks of the beauty, Katy Perry. Have a look at them!

Also Read: Monochromatic Looks: How To Style A Monochrome Outfit Like Katy Perry 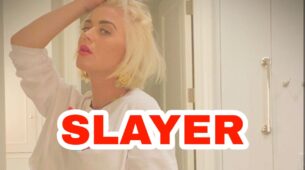 'Never too pregnant for a crop...' Katy Perry's latest inspirational photograph for pregnant women is setting the internet on fire Selena Gomez Vs Katy Perry: Who Is More Popular?