Megan Fox, Salma Hayek, and Lady Gaga are prominent ladies in the industry. With their incredible talent, they have immensely contributed to the industry. Megan Fox is a thirty-four-year-old American actress and a model. She debuted in the year 2001 with the family film Holiday in the Sun. She is also known for her 2004 teen musical comedy Confession of a Teenage Drama Queen. Megan Fox received mainstream recognition after playing the role of Mikaela Banes in the action blockbuster Transformers.

Salma Hayek, the Mexican bombshell conquered Hollywood with her exotic beauty and vivacious personality. She confirmed that she is a beauty with talents with her performance in movies such as Desperado, From Dusk Till Dawn, and Wild Wild West. Lady Gaga is a leading singer in the music industry. She is a winner of twelve Grammy Awards. The singer turned actress received critical acclaim for her 2018 movie A Star is born. Lady Gaga received an Academy Award for her performance in the movie.

Megan Fox, Salma Hayek, and Lady Gaga are among the most graceful and gorgeous actresses in Hollywood. But some incidents prove that as humans no one is flawless. Mistakes are bound to happen, how you react to the mistake decides how the situation will turn out. Megan Fox, Salma Hayek, and Lady Gaga gracefully and bravely handled their wardrobe malfunctions, take a look below. 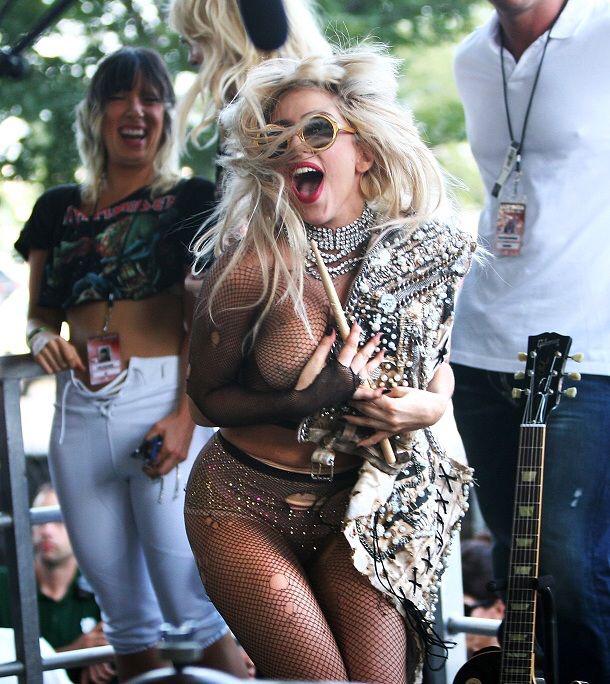