Deepika Padukone has always been the centre of attraction for everyone. Not only her acting but her looks are mesmerizing too. She sets screens on fire. Apart from a modern girl she has played many characters which belong to medieval times. Like mastani from Bajirao mastani and Padmavati from Padmavat, etc. But some of her looks and on-screen just set our hearts on fire. Her item song lovely from the movie Happy New Year just set the stage on fire. While her dance on the song nagada from Ram Leela just took our breath away. Not only nagada but Lahu muh lag Gaya is one sizzling song that was one of her sexiest performances. Along with a heavy ghagra and a gold and diamond ornaments, Deepika managed to pull it off. And how can we forget our Dilli wale girlfriend from YJHD her transformation from a shy and sweet girl to a hot and smart Naina was one heck of a plot. Her role as Mastani was enduring. But she has played some powerful role too like Padmavati and Leela etc. Her most sexy avatar was in desi boys when she played the role of a modern girl. The Shanti from Om Shanti Om is a dream girl every guy wants. She played the role of a south Indian beauty in the movie Chennai Express and we couldn’t help but confess that she looks pretty in every culture and its dress. The friendship goal she gave us in the movie cocktail was unforgettable. While a caring daughter in Piku made us emotional too. Her other movie like Bachna aa hasseno and love ajj Kal were also a hit. Apart from that movie like Housefull sure made our stomach hurt with its comedy plot and acting too. Deepika not only in movies but also in award function comes as a diva directly from the red carpet. Many of her film fare dance performances were a treat to the eye of the audiences and also in other award show her performance it lit and sizzling. She has a good dressing sense and killer looks to flaunt. 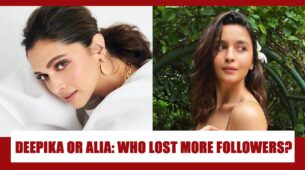