IWMBuzz asks you who has the brightest future between these actresses. Read the story for more details Nepotism has been a big word in the film industry for a long time. Ever since Kangana Ranaut’s verbal spat with Karan Johar on Koffee With Karan, the word gained more prominence.

Till date, Bollywood has seen enough products of nepotism, some really talented and nice whereas some not so nice.

Some of the latest to come out of the ‘Nepotism’ are Sara Ali Khan, Janhvi Kapoor and Ananya Panday.

But another common thing between the three apart from having a ‘Filmy’ background is all three of them got good support and love from the audience. While Janhvi managed to impress the audience with Dhadak, Sara managed to do her bit with Kedarnath and Simmba despite Love Aaj Kal being a flop. Ananya Panday is on a high riding on the success of her two hit movies, SOTY 2 and Pati, Patni Aur Woh.

So today, we want to ask our readers as to who you feel has the brightest future between these three actresses in the industry?

Let us know your views in comments below. 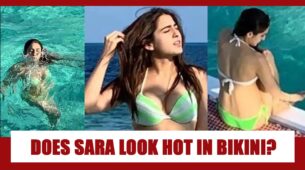 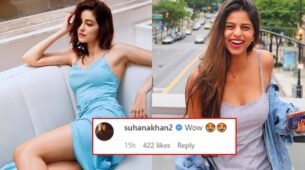