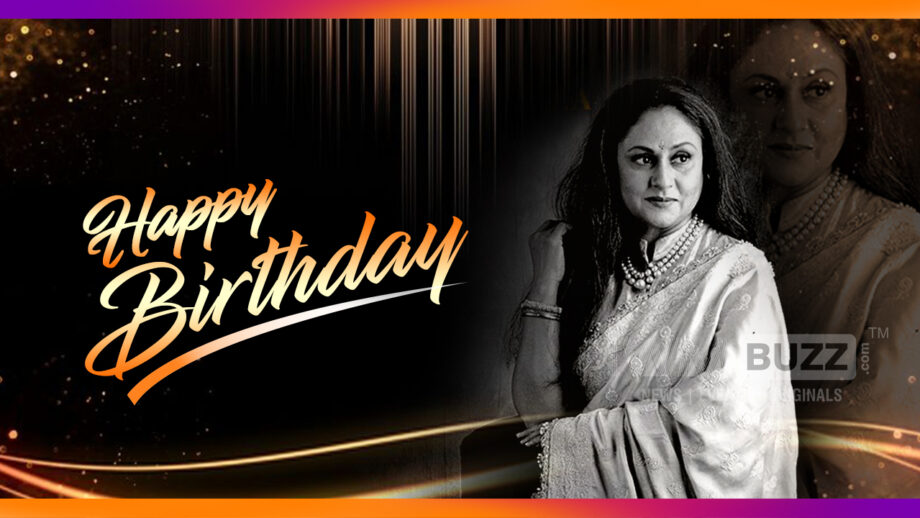 It’s hard to pick, really. Jaya Bachchan…nee, Bhaduri was an exceptional talent. She ushered in the era of the new-age heroine who didn’t have to look like a painted doll 24×7. In an era of extreme artifice, Jaya was perfectly natural. And a superstar to boot. Here’s my pick of her finest performances.

1. Uphaar(1971): She stormed into movie theatres with two back-to-back debut films in 1971. And although her performance in Hrishikesh Mukherjee’s Guddi as a schoolgirl who has a crush on Dharmendra(no doubt superlative, the performance not the crush) fetched her instant stardom, it was her absolutely unselfconscious performance as a child bride in Rajshri’s Uphaar that proved once and for all, that we were staring at exceptional talent of the kind never seen before. I have discussed Jaya’s performance in Guddi and Uphaar with her Significant Other. Even Mr Bachchan agrees she surpassed herself in Uphaar. The role of a naïve child-woman’s awakening into emotional and sexual maturity was never seen before in Indian cinema. Outstanding song: Sooni re nagariya sooni re sajariya.

2. Koshish(1972): 1972 was hands-down the year of Jaya Bhanduri, She had as many as 11(!!!) releases which included the superhit Jawani Diwani(where her attempts to glam-up herself were pretty disastrous) and Bansi Birju (where her efforts to dance were embarrassing). But this was the year she stunned audiences time after time in Parichay, Piya Ka Ghar, and above all, with her deaf and mute act in Gulzar’s Koshish. Jaya was a last-minute replacement for Moushumi Chatterjee. Both Jaya and Sanjeev Kumar were beyond comparison in Gulzar’s unofficial ripoff of the Japanese film Happiness Of Us Alone. So how come only Sanjeev got the National award??? Outstanding song: none in Koshish. But she got to sing Jaan-e-jaan in Jawani Diwani.

3. Abhimaan(1973): 1973 was another super-prolific year for Jaya. During this year she did some awful film like Gai Aur Gori(where she played Indian cinema’s first gau bhakt) and Zanjeer(which she did only because no other major heroine was willing to work with a flop actor named Amitabh Bachchan).Abhimaan stood out. As a simple-hearted wife who out-sang her husband in front of the microphone and paid the price for it, Jaya’s face was a delicate mirror of the heart out. Outstanding song: Piya piya bina basiya baje na.

4. Doosri Sita(1974): She played an abused pregnant wife who murders her husband in this Gogi Anand directed the offbeat film. The uneven film assumed greatness from Jaya’s stark brutally raw performance. I still get goosebumps when I recall her in the sequence where she pummels her belly to kill her unborn child. Would there have been the resplendent neo-realism of Shabana Azmi and Smita Patil if Jaya had not paved the way? Outstanding song: Din jaa rahen hai ke raaton ke saaye.

5. Mili(1975): One of her last performances before marriage and retirement directed by her favourite Hrishikesh Mukherjee , Jaya excelled as the sunshine girl who dispels the clouds in the life of a dark brooding alcoholic (Amitabh Bachchan). This role could have been an over-sweetened gender-reversed version of Rajesh Khanna in Anand. But Jaya made it all her own, imbuing the child-woman’s role with an aching humanism. Outstanding song: Maine kaha pholon se hanson toh woh khil-khila ke hans diye. 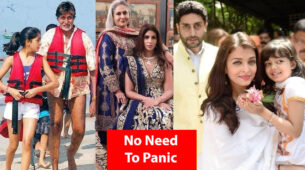 Covid 19 scare: The Bachchan Family Is Fine, No Need To Panic 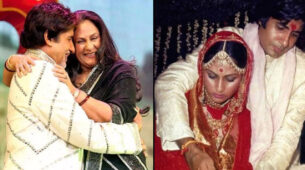 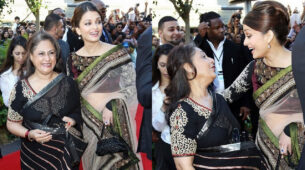 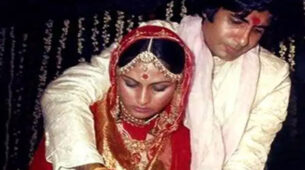