A few days ago ‘Judgementall Hai Kya’ released and since then it has been in the news primarily because of the performances of Kangana Ranaut and Rajkummar Rao.
Before release as well, the movie was in the limelight because of Kangana Ranaut’s fallout with a journalist. However, guess what’s making news now for another divorce and separation story?
The director of the movie, Prakash Kovelamudi, and Kanika Dhillon, who was the writer and also part of the film as an actress, have called it quits. This shocking revelation came after the pair got married in 2014. It is however believed that the marriage ended two years ago, but they kept on going in order to not compromise with work. The movie has had several controversies hovering around it, which have definitely played a part in the promotion of the movie. After all, no publicity is bad publicity.
When the pair was asked whether they would work again with each other or not, they said that they would work together for sure as they have already done well with ‘Judgementall Hai Kya’ and hence would love to repeat the success. Just a day back, we heard about Dia Mirza’s divorce and then it was followed by this. Where are marriages actually heading? Share your views below. Yeh Rishta Kya Kehlata Hai: This is how Kartik will divorce Vedika 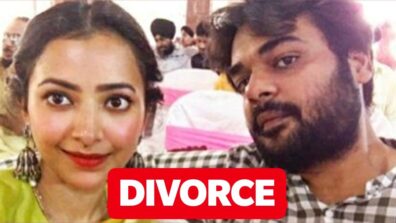 Dia Mirza and Sahil Sangha separate after 11 years of marriage Review of Judgementall Hai Kya: The 'judgement' for this Kangana-Rajkummar starrer is a positive one