Meghna Malik talks about her experience of being part of the movie Pal Pal Dil Ke Paas. 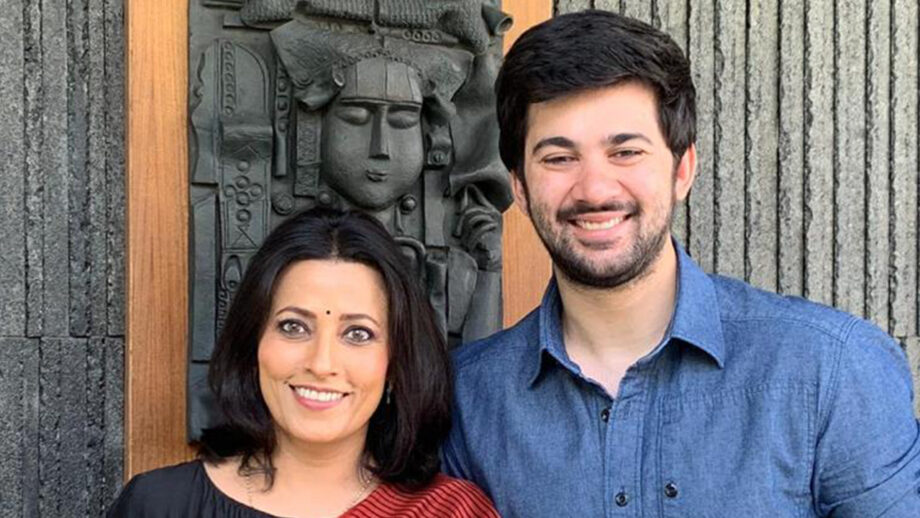 Meghna Malik, better known as Ammaji of Na Aana Is Des Laado, is all set to embark on another big screen venture. She plays an important character in the Sunny Deol-directed, Karan Deol debut film, Pal Pal Dil Ke Paas.

“We have a very today’s love story about a Delhi girl (Sahher Bambba), who meets an adventurous hills boy (Karan). The drama will obviously come from the conflict that the above equation throws up.”

“I can’t talk much about my character except that she is a very layered politician who too has generational issues.” Talking about the shooting process of Pal Pal Dil Ke Paas, she says, “It was one great fun-filled set. Sunny ji was very chilled out, knowing exactly what he wanted; and the fact that he is an actor himself made it easier for him to get what we wants.”

“What I really loved was that we shot in beautiful locations, unlike others who use chromo backdrops on sets. Our film is getting a lot of positive traction on social media and our song has already become a rage.”

Talking about the leads of Pal Pal Dil Ke Paas, Meghna says, “Karan was one sweet intelligent boy on set, who would follow his dad’s word to the T. Sahher is also a very talented newcomer.”

Whenever any star son/daughter is launched, the question of nepotism rears its ugly head.

“But I do not think it applies to the Deols who are a distinguished family. While I do concede that star kids get their first film break easily, beyond that they need to find their own feet. Has Alia Bhatt not become a name to reckon with in her own right? Have not many others fallen by the wayside?”

“Also, it is but natural that the occupation of the parents impacts their offspring’s career choices. The public also is interested to know what mettle the kids of their favourite stars are made of.”

Here she added, “Generation shifts happens in all sectors and not just in Bollywood. In my case, it was rather different though. My lecturer parents wanted me to prep for IAS, but I preferred the arc lights. So I had to start from scratch,” says this NSD graduate.

Interestingly, her last film ‘Moksh to Maya’, where she played a Haryanvi cop, sank without a trace. “I was not even in Mumbai when this Bidita Bag film released.” Meghna had earlier acted in Tare Zameen Par and the Vicky Kaushal-starring bilingual film (Hindi and Punjabi) Zuban.

For the moment, Meghna is concentrating on more films and web series. “If something juicy comes along on telly, I might take it up as well.” Her last TV show was Laado 2 – Veerpur Ki Mardani.