Kartik Aaryan is a modern-day sensation in the real sense of the term. However, Kartik’s rise in Bollywood hasn’t happened overnight. He made his Bollywood debut way earlier with a movie called Akashvani but it was only after the success of the Pyaar Ka Punchnama franchise did Kartik become a known name. Still, the journey was incomplete and he had a long way to go. His biggest break happened with Sonu Ki Titu Ki Sweety and ever since then, there’s been no looking back for Kartik Aaryan. Movies like Luka Chuppi, and Love Aaj Kal ensured he’s the modern-day heartthrob of the nation.

Today, Kartik is one of the biggest influencers of the country and whatever he does becomes a rage. But readers, have you ever wondered about his life beyond movies? Have you ever thought what is Kartik Aaryan’s actual educational qualification? Well, we reveal it to you here today.

Kartik Aaryan pursued an engineering degree in biotechnology from Navi Mumbai’s D Y Patil College of Engineering, while secretly harbouring ambitions for a career in film. He was even once quoted as saying that he would skip his classes and travel for two hours to attend auditions.

Amazing ain’t? Well not that we endorse skipping classes readers, but certainly all that helped Kartik achieve his big Bollywood dreams. 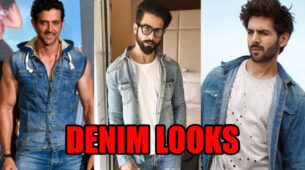