Will KGF2 beat the records of KGF 1? Thanks to movies like Baahubali, the classic distinction and bifurcation between the Hindi film industry and the other regional film industries is finally over. In today’s age, nothing is regional in particular and all thanks to regional movies doing well at a national level that they find stakeholders in giant Hindi film production companies as a form of the presenter. But if there’s one movie apart from Baahubali which has made this happen and possible for real, it’s superstar Yash’s KGF.

When KGF released in the year 2018, it was a surprise package for one and all. Not many knew superstar Yash beyond the regional belts of the South but the success of the movie changed his world forever, exactly what Baahubali did to Prabhas. KGF was a huge success and it raked riches from the box office like no other and when fans heard the sequel is on its way, their joy knew no bounds.

So, will KGF 2 be a bigger success than KGF? Well, as per what we feel, it has all the makings for a bigger blockbuster, all thanks to the presence of superstars like Sanjay Dutt and Raveena Tandon in it.

But readers, what do you all think? Do you agree with us or disagree? 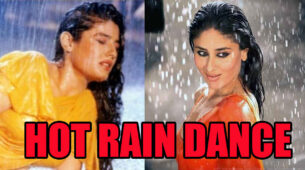