Fans believe KGF is better than Baahubali. Read the story for more details 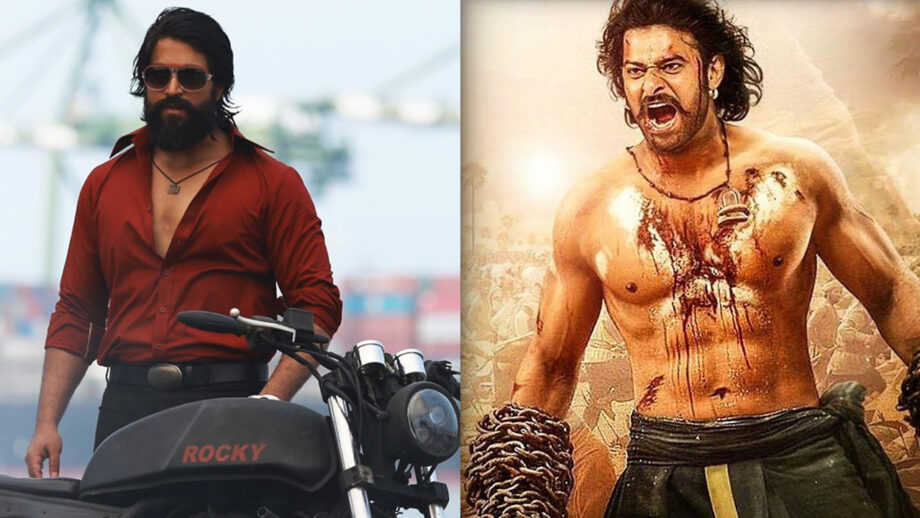 The South film industry, over the last few years, has given us some lovely gems but none probably bigger than the likes of KGF and Baahubali. While KGF pounced upon the glitz, glamour, and stardom of Yash, Baahubali did the same with Prabhas. Baahubali not only made Prabhas a National star but also gave him International fame.

However, a certain section of fans on social media feel that Yash’s KGF is bigger than Prabhas’s Baahubali and as KGF 2 is about to release (with Sanjay Dutt in it), the anticipation of fans have become only bigger. Not only do they feel that KGF 2 is bigger than Baahubali, but they also feel that KGF 2 will earn bigger and more than Baahubali. In 2019, KGF: Chapter 1 received great success and was loved by everyone and the actor has wholeheartedly thanked his fans for making it a huge blockbuster. The actor also said that it’s because of the love of fans the actor has got such massive success.

The success of the Kannada film KGF, which was released in Hindi, Tamil, Telugu, and Malayalam, has proved that audiences are keen to accept crossover content and now as KGF Chapter 2 is set to release, the anticipation is growing more and more.

So what do you guys feel about the same? Do you guys also feel KGF will be a bigger brand than Baahubali? Share your views in comments below