Did You Know? Aishwarya Rai And Ajay Devgn Hold The Record Of Shooting Movie The Fastest, Find Out The Movie | IWMBuzz
Movies | Celebrities

The actors Ajay Devgn and Aishwarya Rai Bachchan are some of the most loved on-screen duos and their on-screen chemistry is loved by millions of people. The duo looks fabulous together on screen and they have appeared in several films and their chemistry is just fabulous. They have given several hit films and their work is just fabulous. The few more movies in which they are spotted together are Hum Dil De Chuke Sanam, Hum Kisise Kum Nahin, and Raincoat.

The actors not only love their work or chemistry but they have also set an example of holding a record together. Yes, the actors have a record of completing the whole movie in a very less period of time. Usually shooting a film takes time and the actors have worked hard and have completed the shooting of the film Raincoat in 16 days and have set an example to millions of people to work hard and accomplish great success. The actors are known for their amazing record and have become famous in the industry. 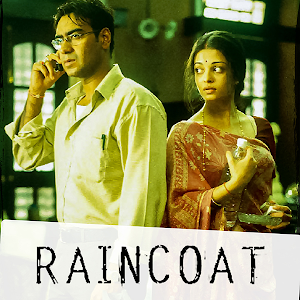 RRR Latest Buzz: Ajay Devgn, Alia Bhatt, Ram Charan & Jr. NTR come together for a special cause, find out what

Don't do something a girl can't do - Shah Rukh Khan on why son Aryan K...