Check out what Paresh Rawal has to say on Coolie No 1 and his director, David Dhawan Paresh Rawal is one of India’s finest actors and performing artistes to have emerged in Bollywood in the last many years and his versatility is impeccable.

Some of Paresh Rawal’s best comedy movies are Hera Pheri, Phirr Hera Pheri, Malamaal Weekly, De Dana Dan, Awaara Pagal Deewana & many more and the next one all his fans are gearing up for his none other than Coolie No 1. This is the sequel of Coolie No 1 of 1995 that had Govinda and Karisma Kapoor in lead roles. The reprised version of Coolie No 1 has a totally different cast and crew except the director himself, David Dhawan who directed both the first and the second one. When Paresh was asked to comment on David and his comedy flicks, he said and we quote,

“I actually love working with David Dhawan simply because he is so clear as a director and a visionary. He knows exactly what he wants from his actors and he manages to extract that out from them. Also, I must say that his sense of proportion in comedy is amazing which is why his comedy is never ‘over the top’. For me, David Dhawan films are the ideal combination of Manmohan Desai & Hrishikesh Mukherjee’s films.” 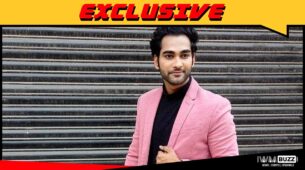 I will be glad to cook for Drashti Dhami: Deepak Sandhu