Learn to style an oversized sweater from the Hollywood celebrity Megan Fox.

Megan Fox is an American actress, who broke the stereotype of a woman belonging to the weaker sex portrayed in mainstream films, with her bad, strong, and independent attitude. She played the role of a spunky girlfriend in the movie Transformers (2007). She has also featured in men’s magazines. Megan Fox divorced Beverly Hills actor Brian Austin Green in 2020, to whom she was married for 10 years, Currently, Fox is in a relationship with Machine Gun Kelly. Initially, Fox was seen in roles on television sitcoms, such as ‘Hope and Faith’ and ‘New Girl’. She stepped into the larger screen with a role in the movie Transformers. After this movie, Fox’s look was compared to Angelina Jolie’s character of Lara croft because of her badass attitude and tattoos in the movie.
Megan Fox has appeared in many movies such as Jennifer’s Body, Jonah Hex and her mettled performance gained her fame, to be considered as one of the best actors in Hollywood. 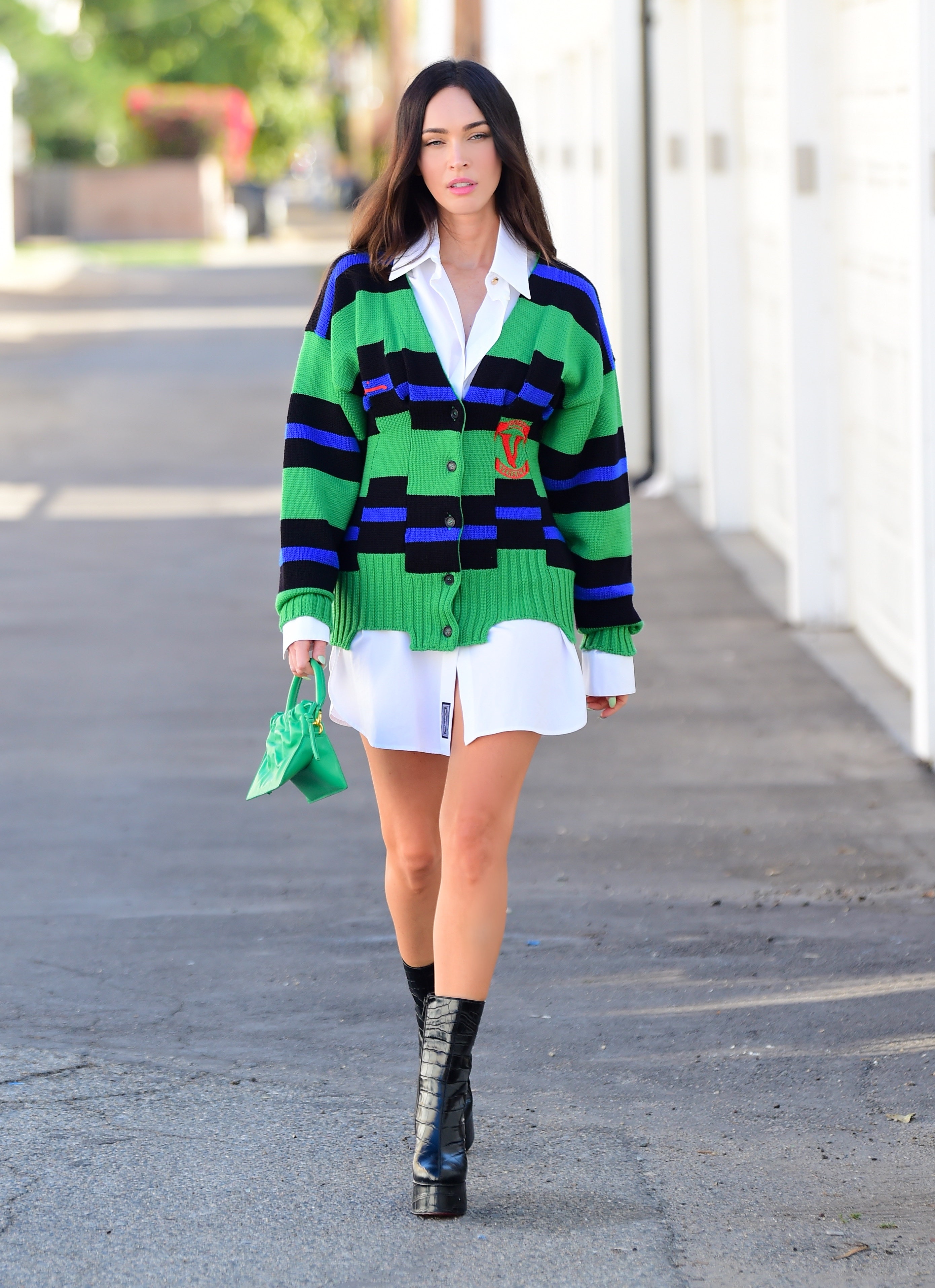 In this particular picture, Megan Fox looks mesmerizing in this colorful outfit. She is wearing a white shirt dress and paired it with an oversized green, blue, and black sweater. The sweater helps to make the dress fit properly to the figure, hugging her curves. Megan Fox slays in this street-style look, which she completed with a pair of black boots and a small green handbag.

Priyanka Chopra Is The Most Versatile In Style; Click Here To Know Why...