Check out some of the oops moments of these actresses that you might have missed or forgotten about!

Stardom comes with a lot of eyes constantly looking at actors. And sometimes, these looking eyes find them at very awkward and unfortunate times. Here are a few instances when these actresses were caught with an embarrassing wardrobe malfunction.

Katrina has been in her fair share of action movies. And with action movies comes a lot of action scenes, which sometimes can lead to some embarrassing pictures getting clicked. On the set of Ek Tha Tiger, a while back, Katrina was sporting a short white dress. While trying to get on the bicycle she accidentally let a bit too much show which lead to the embarrassing ordeal.

She has been a victim of wardrobe malfunction too many times. One of the instances was when she had appeared on a chat show, ‘The Front Row with Anupama Chopra’. She had attended the chat show with stars, Ranveer Singh, Amitabh Bachchan, and Farhan Akhtar. Sadly for Deepika, the night would only end in a red-faced exit. The camera got a full view of a tear of her jacket on the right arm when she went to hug Amitabh Bachchan. Just like Deepika, many stars have fallen prey to these embarrassing moments.

Alia Bhatt like many other stars has had to deal with wardrobe malfunctions. One of oops moments that gets mentioned the most is when she was at the trailer launch for her film “Humpty Sharma Ki Dluhaniya’ where her co-star Varun Dhawan lifted her up. And because the apparel she had on was see-through, the innocent lift ended up with an exposed innerwear.

The fashionista Sonam Kapoor is also unfortunately well versed in oops moments and has suffered quite a few times. She however remains unbothered and works through it like a pro.

Also Read: Alia Bhatt Vs Anushka Sharma: Who Is A Better Beach Poser? 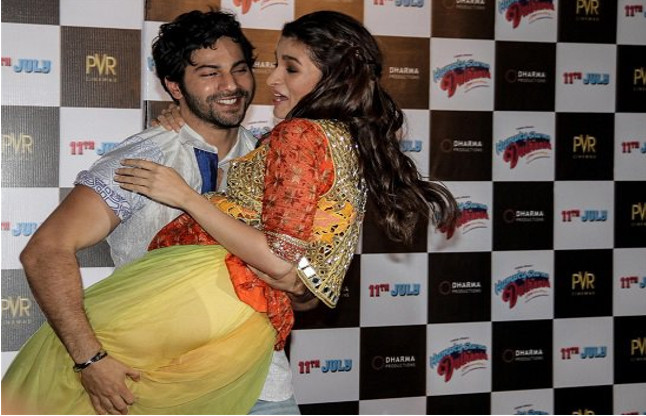 3 Times Deepika Padukone and Ranveer Singh appeared in most unique style at award ceremonies, have a look

Jacqueline Fernandez Vs Ananya Panday: Whose Gym Game Is The Most Styl...