The unconventional jofi of Naseeruddin Shah and Vidya Balan has been able to show their magic on screen a few times and here is how. In Bollywood industry a lot of unconventional jodi’s like Deepika-Irrfan, Sumeet Vyas-Kareena Kapoor, Akshay Kumar-Radhika Apte, have been able to attract the audience and have been loved by the audiences.

Vidya and Naseeruddin’s Jodi also falls in this category and have been seen together in a few movies. This Jodi is the real example of unconventional Bollywood Jodi who have received a lot of love from the audience. The Jodi was first seen together in the movie Ishqiya, Naseerudding played Khalujan and Vidya played Krishna in the movie. The chemistry they shared in this movie was amazing and was applauded by the audience. Ishqiya came out in 2010. Their next appearance together is unforgettable, The Dirty Picture, the biopic was Silk Smita played by Vidya and Naseeruddin played a south movie actor. The song Ooh La La among them became a superhit, this was Naseeruddin’s dance number after 20 odd years. The Jodi was really appreciated by the audience. The Dirty Picture released in 2011. 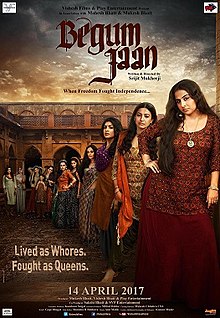 Recenlty the Jodi was seen in the Historic Drama, Begum Jaan. while Vidya played the lead role of Begum Jaan Naseeruddin Shah played Raja Saheb. But the Jodi did not share much of screen time in this movie. Begum Jaan released in 2017.

The Jodi has surely weaved its magic on the screen and given us some memorable performances.