Nayanthara, as we all know, is one of the South Film Industry’s leading actresses. She’s worked in several Tamil and Telugu movies while also appearing in several Malayalam films and has made her presence felt even in a Kannada film. Nayanthara made her acting debut in the 2003 Malayalam film Manassinakkare and she’s one of the most popular faces of not just down South but overall India.

Also Read: Style File: Trisha Krishnan, Nayanthara And Shriya Saran’s most gorgeous pictures that will get you mesmerized

She’s known to be making a superlative pair with Thalapathy Vijay and Ajith Kumar. Nayanthara’s on-screen pairing with Vijay as well as Ajith Kumar both have done wonders in the movies and the box office. It is truly difficult to point out which pair is better and why but don’t you guys think any of them is a mismatch here? If a mismatch, which of these pairs is a mismatch for you? 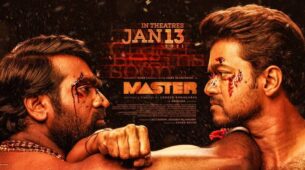 Want the perfect curves like Anushka Shetty, Tamannaah Bhatia and Nayanthara? Take inspiration from these photos below