Pooja Hegde is a beauty and a sensation in the true sense of the term and fans love her for being extremely charming and adorable at the same time. It must be noted that before entering the Hindi film industry, Pooja’s roots were in the South film industry especially Telugu where she commands a huge fan following.

It is only after becoming extremely popular in Hindi cinema that Pooja hasn’t got much time to do South movies. But recently, one of her comments seemed to have irked her fans in South India.

During an interview with Anupama Chopra, when Pooja was asked about a scene from Ala Vaikunthapuramuloo where Allu Arjun was seen stating at her legs, Pooja was quoted as saying,

“Yes, it was there and I feel the legs are sexy. However, I don’t believe in objectification of it due to which that was also cleared in the next few scenes.”

During this, Pooja commented that the South Indian movie industry has an obsession with the ‘midriff’ & the ‘navel’. It was this particular comment which didn’t really go down well with fans and she was eventually trolled.

However, Pooja did request people to watch the whole interview where she’s expressed her gratitude to her South fans for making her what she is so that there’s no one-sided judgement.

Well, here’s hoping all is well at Pooja’s end. For more updates, stay tuned to IWMBuzz.com 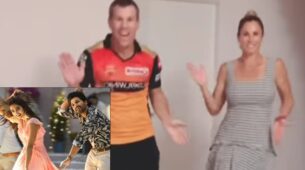 Rashmika Mandanna VS Samantha Akkineni VS Pooja Hegde: Who ruled the fashion scene amid lockdown? 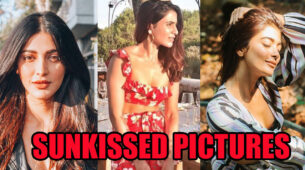